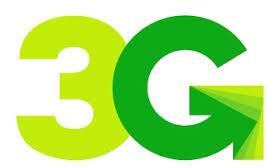 PTA is pleased to announce that SMRA Auction process has started as planned. All bidders are connected to the online Auction System. First bidding round is started.

Chairman Pta announced that 3G auction is completed the final result very soon. He also indicate that the 4G auction will be finished today. Final result may be annouance by Minister Finance Ishaq Dar.   In fourth Fifth and Six  round of the auction. the total bid price has reached up to 902.82 million US$ for 4 blocks of 3G/2100 Mhz. PTA has made four blocks of 3G spectrum ( 10 Mhz+5 Mhz+ 10Mhz+5Mhz). The total increase from base so for is 17.82  million US$. The total base price was 885 million US $.

Four companies bid for 2100 Mhz the bid amount just basic price. Two companies are bid for 10 Mhz block and other are for 5Mhz. 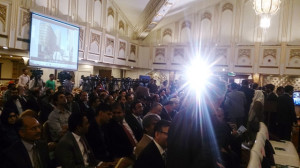 According to PTA officials, all four bidders have been assigned different colours, and each bidder would bid through the colour allotted to them instead of their respective names.

The officials said that the actual bidding itself is scheduled to begin at 10am.

The first phase of the auction process will be 45 minutes long.

The PTA expects to receive more than $1.3 billion from the auction.

The introduction of 3G and 4G spectrum in the telecom sector is expected to revolutionise the way subscribers stay connected.

4G provides even faster speeds and ultra-broadband services, putting data-intensive services such as online gaming, high definition mobile TV and video conferencing within the reach of the average consumer.

The day has come four telecom companies are in bidding process.
Pakistan Telecom Authority (PTA) has said that it has finalized all the arrangements for the Spectrum Auction for Next Generation Mobile Services (NGMS) to be held today.
Mobilink, Telenor, Ufone and Zong will be taking part in the bid to secure their 3G and 4G licenses.
Bidding will be done electronically through internet, all the companies will be allowed to log into the bidding system at 8AM, however, first round of bidding will start at 10AM.
The expiration duration of each bidding round will be 45 minutes or less. We will be uploading the results and other commentary on this live page regularly.
Mobile phone companies – taking part in the bid – will bid from their offices. However, there is an auction hall setup at Marriot Hotel in Islamabad, where PTA officials, members of auction committee and media will be present to witness the auction.

2014-04-23
Previous Post: E-OFFICE Project. Pakistan stand in the line of developed countries. Dar
Next Post: Zong get 3G/4G other only 3G Licenses