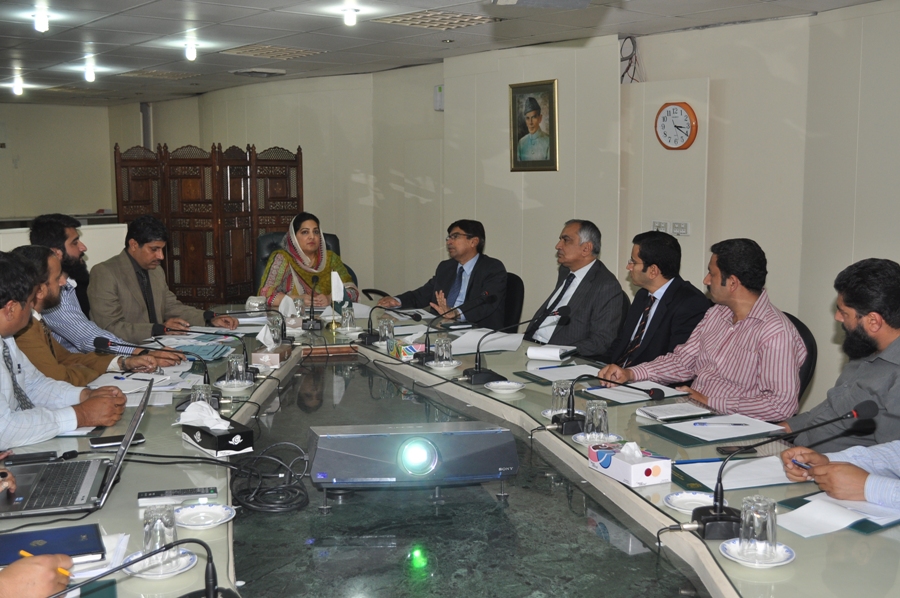 ISLAMABAD ( BMZ REPORT )
Implementation of E-office system in all Federal Ministries/Divisions should be done expeditiously within stipulated time frame- Minister of State for IT. Minister of State for IT Mrs. Anusha Rahman chaired a review meeting to assess the progress of e-office suit being implemented in Federal Ministers/Divisions here in Islamabad today. The meeting was attended by Mr. Akhlaq Ahmad Tarar, Federal Secretary IT, Mr. Azmat Ali Ranjha, Additional Secretary, DG (PCB) and other senior officials from MoIT and PCB.
The Minister was apprised by DG (PCB) through a detailed presentation regarding the progress of e-office project. The Minister was told that the e-office replication system in the first phase is being installed in 6 Federal ministries including PM office, National Assembly Secretariat, Finance and MoIT More over the nominees/focal persons from 27 ministries have completed their specialized trainings for orientation and management of e-office suit. The Minister directed PCB authorities to expedite the efforts for the completion of all pre implementation steps and quantum of workflow at all recipient ministries so that configuration of e-office system could be done in an appropriate way without delay.
e-office replication project was conceived in 2007, but due to non interest of previous governments remained in limbo. The current government on assuming office, appreciating the need of an effective, efficient and transparent government for good governance is vehemently pursing e-office implementation and have set stringent targets for its deployment.
The Minister also directed the management of PCB to organize an orientation seminar within the first week of May, where heads of the Federal ministries would be invited and practical orientation regarding the features and functions of this e-office will be given.