China and Saudi Arabia, where internet freedom is largely restricted 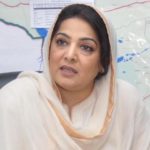 Weeks after taking the position as the Minister of State for Information Technology (IT), Anusha Rahman tweeted from her official account that she had formed a committee to review blasphemous content on YouTube, to see if the ban on the popular video sharing website could be lifted.
Here, she became the target of criticism, as Pakistanis unhappy with their government’s free-for-all style of censorship sought to engage with her. Although some were regrettably using the micro blogging site to hurl abuse and frustration, others wished to genuinely take part in meaningful dialogue. Dawn reported on Sunday.

What the Pakistani internet community did not realise was that the ban on YouTube (the one implemented in September 2012) was only the beginning. More and more websites fell prey to censorship, many for no fathomable reason.
But before the internet community could engage with Rahman regarding these new events, her Twitter account was closed. Of course, it came as no surprise that a government happy with censoring the internet would have no qualms about self-censorship.
Pakistan isn’t a stranger to internet censorship. After a relatively blockage-free online experience for many years, on May 19, 2010, Pakistanis woke up to a shock and discovered that their Facebook accounts were inaccessible due to a ban. Ironically, most Pakistani users had been unaware of the contest that had led to the ban until it made international headlines.

The counterproductive nature of the ban also became apparent in two other ways. The first being that Pakistani Facebook users interested in establishing a dialogue with these would-be cartoonists were left shackled and hence unable to express their point of view against the event. The second was that the ban only blocked Pakistani users, and ultimately had no effect on the page internationally.
“We are very disappointed with the Pakistani courts’ decision to block Facebook without warning, and suspect our users there feel the same way,” responded Facebook. Yet the social media giant made it clear that it was going to stick to its guns, “We strongly believe that Facebook users have the freedom to express their opinions, and we don’t typically take down content, groups or pages that speak out against countries, religions, political entities, or ideas.”

Two weeks later, Pakistan restored access to most websites, including Facebook, after the controversial page was made inaccessible in Pakistan by Facebook, “out of respect for local rules.”
In theory, this was a case where internet censorship worked for the country. Internet users had failed to realise that the government’s actions weren’t directed at removing the page from the eyes of westerners, but at protecting the sensitivity of hypersensitive citizens. Clearly, the government was reacting to history.

In 2012, a trailer for Innocence of Muslims, was released on YouTube. I dare say that in Pakistan the video was hardly viewed by anyone. But the reaction here was absolutely ferocious: Tens of thousands of angry protestors hit the streets; six cinemas as well as a fast-food franchise and two banks were burned in Karachi; an 82 year-old church in Pakistan’s North West was set on fire, while a 17-year-old pastor was beaten and hospitalised; a businessman unwilling to protest was accused of blasphemy; many protestors and law enforcers were killed, while scores were injured.
These actions were taken by people who probably hadn’t even seen the video. To date, the YouTube ban is still in place, and many other websites have been restricted without explanation.
In February 2014, angry gamers reported that they were unable to temporarily access Xbox Live, PlayStation Network and Game Ranger. These are gamers who have paid for high speed internet connections and gaming memberships. Will the government compensate them for their losses during that period?

While I agree that some form of censorship might be necessary in a volatile nation such as Pakistan, it is hardly a long-term solution, especially when the government is so heavy handed in its measures. Dozens of websites have been restricted because they have raised red herrings without actually hosting questionable content.
Mohammad Farooq, a team member of the non-profit organisation, Digital Rights Foundation, notes that such websites are being caught regularly in the cross-fire, and it is only creating grief, “People using the internet for research purposes are suffering and being denied the right to valuable information available on the internet. It is only causing more issues. Now people are looking for circumventing techniques to access these blocked websites. An open internet is much better than a closed and censored one.”
Farooq, who has thousands of followers on Twitter, also believes that most Pakistani users find their way around censorship, thanks to easily available tools, “I believe that the more impediments you try to put on the internet, the more ways people will find to circumvent these barriers and access blocked websites.”

“The government has to realise the real power of the internet and the immense value that it can add to our economy on a whole. They have to wake up now to the grim realities of the immense advantages and disadvantages of internet usage.”, he said.
The Internet Society, which is an independent organisation, conducted a ‘Global Internet User Survey’ (GIUS) in 2012, asking 10,000 internet users in 20 countries their opinion on censorship.
When queried if ‘people need to be able to access the Internet without data and content restrictions’, 79 per cent of users from countries ranging from India to Saudi Arabia, agreed. What’s more, in countries such as China and Saudi Arabia, where internet freedom is largely restricted, an overwhelming majority of users agreed with the statement that “people need to be more engaged in government formulation of public policy decision making about the Internet.”

Clearly, users feel that their governments needs to engage with them in regards to what qualifies as offensive internet content. To do so otherwise is undemocratic, and little better than internet dictatorship.