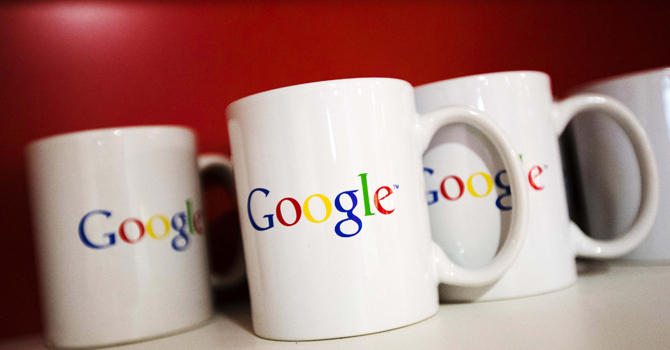 SAN FRANCISCO ( MEDIA )
Google Inc’s first-quarter revenue fell short of Wall Street targets and margins narrowed as the price of its ads continued to decline, underscoring the challenges Internet companies face as the world shifts toward mobile devices.
Shares of Google were down 3 percent to $539.80 in afterhours trading on Wednesday, after initially sliding roughly 6 percent on the news.
The number of “paid clicks” by consumers on Google’s ads increased by 26 percent in the first quarter, disappointing some analysts who had hoped for stronger volume growth. And the average “cost per click” declined 9 percent, extending a downward trend as mobile advertising, typically cheaper than traditional online ads, make up a bigger slice of its business.
The world’s largest search engine, along with Facebook Inc and Twitter Inc, which are due to report financial results in coming weeks, are revamping their products and advertising business to account for smartphones.
“It’s an average quarter from a great company,” said BGC Partners analyst Colin Gillis. “It’s the same old story. Paid clicks were a little lighter than people might have hoped, CPC declines were a little higher than people would have liked, expenses continued to rise.”
Operating income slipped to 32 percent of revenue on an adjusted basis, from 34 percent in the year-ago period.
Google is spending big to push into various new markets with innovations such as wearable computers, ultra high-speed Internet access and home automation. In January it acquired Nest, which makes smart thermostats and smoke detectors, for $3.2 billion.
The Nest purchase and some legal expenses bumped up Google’s spending during the quarter, Finance Chief Patrick Pichette said during a conference call on Wednesday. But aside from those items, “our expenses continue to demonstrate the same disciplined agenda we’ve always had,” he said.
Sales of digital media such as movies and games in Google’s online Play store, as well as hardware devices such as the Chromecast television gadget, boosted Google’s “other” revenue 48 percent year-on-year to $1.6 billion.