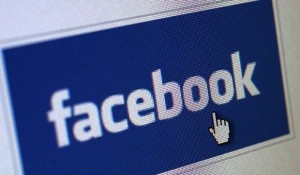 Facebook on Wednesday began pushing smartphone chats between friends to a stand-alone Messenger application
The move to make members of the world’s leading online social network resort to Messenger for text exchanges on the move comes shortly after Facebook outlined a strategy to focus on specialized “apps” for smartphones and tablets. “Today we are starting to notify people that messages are moving out of the Facebook app and over to the Messenger app,” Facebook said in an email response to an AFP inquiry.
“To continue sending messages on mobile, people will need to install the Messenger app.” The change coming in an update to Facebook applications for iPhones and Android-powered mobile devices is starting in “a handful” of countries in Europe.
Messenger was touted as a speedier and superior tool for chats. The switch also lets Facebook focus engineering resources on honing one application instead of dividing resources between two. Some questioned the wisdom of making Facebook users switch between apps when wanting to engage friends in chats. Zuckerberg in February cut a $19 billion-deal to takeover free mobile messaging service WhatsApp, saying it is actually worth much more.