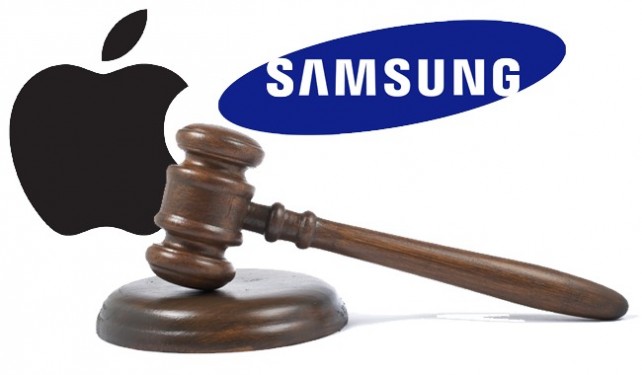 US court wary of Apple request to block Samsung

A US appeals court showed few signs that it was prepared to support a request by Apple Inc to block immediately the sale of some Samsung Electronics smartphones and tablets. In a high-stakes patent dispute, the court heard arguments about whether a federal trial judge acted correctly in December when she ruled that Apple failed to provide enough evidence to support an injunction of Samsung’s Galaxy product line.

The court’s judges reacted with skepticism to a premise put forward by Apple’s lawyer that for the purpose of getting an injunction, Apple does not need to show a causal link between patent infringement and a loss of customers.

Apple’s lawyer, Michael Jacobs, said it is enough to show that Samsung likely infringed on Apple patents used in products such as the iPhone, and that Apple is likely to be hurt. The trial judge found those things but not enough evidence of a causal link.

Judge William Bryson asked about a hypothetical case in which an automaker copied the design of a cupholder from a second automaker. Under Apple’s argument, if the second automaker later lost market share, it could ask for an injunction against sales by the first automaker, Bryson said.

“Can that possibly be right?” he asked. Bryson is one of three judges who heard the case before the U.S. Court of Appeals for the Federal Circuit.

Judge Sharon Prost said some evidence of a link is important. Harm such as lost customers, she said, “could have been for reasons completely different from the infringement.”

The Apple-Samsung dispute is scheduled to go to trial in July in federal court in California.

Apple, maker of the iPad and the iPhone, wants the immediate injunction because even if it wins at trial, it might not see the benefits of a verdict until late in 2012, Jacobs said.

The appellate judges wrestled with what evidence Apple would need to show that a competitor got ahead through unauthorized use of a patented Apple feature. For example, would it be enough for Apple to survey consumers about which features are important to them? How many consumers would matter?

That kind of requirement would make it all but impossible for a patent holder to win an injunction because it is difficult to get inside a consumer’s mind, Jacobs said. “We know it is a combination of elements that goes into any purchasing decision,” Jacobs said.

One characteristic that the Apple and Samsung products share is the “snap-back,” which affects how a user navigates the touch-screen on a tablet or smartphone.

Samsung did not copy the “snap-back” feature or any other patented part of Apple’s design, but even if it did, that would not be a primary draw for a consumer, said Samsung lawyer Kathleen Sullivan.

“There is absolutely no evidence that any consumer, as opposed to an engineer, has said, ‘I’m going to purchase something because of this snap-back feature,'” Sullivan said.=DNA