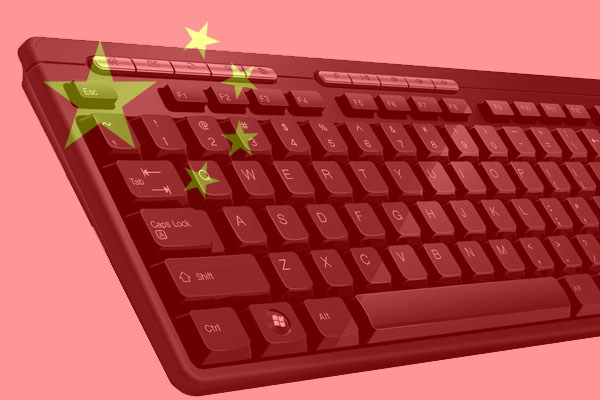 China is bolstering its efforts on cyber security with a new high-level committee that aims to turn the nation into an “Internet power,” the country’s official state media said last week.

Chinese President Xi Jinping is leading the new government body, which first met on Thursday. Xi was quoted as stating that cyber security and information technology had become a matter of national security.

“Without cyber security there is no national security, without information technology there is no modernization,” Xi added.

Increasingly, China has found itself embroiled in cyber security issues. Over the years, the nation has fended off accusations that it carries out state-sponsored hacking attacks. Those allegations reached fever pitch last year when a U.S. security firm claimed it had documented evidence that China’s military had spearheaded cyber attacks against the U.S.

The issue was complicated some months later by revelations from Edward Snowden a former U.S. National Security Agency contractor, who claimed in press interviews that the U.S. had been hacking into institutions based in Hong Kong and mainland China.

Chinese officials have said the nation is a major victim of cyber attacks. Many of them come from the U.S., but some also originate from South Korea and Germany.

Besides cyber security, China’s new committee will cover “online content management,” the latest sign that the nation is not letting up on its strict censorship of the Internet.

Last November, the government indicated that China would set up regulation of domestic social networking sites, citing possible threats to the nation’s stability.

Chinese officials have long been concerned with the way social networking sites can easily spread information, and incite criticism of the government. In response, authorities have launched campaigns cracking down on alleged rumors found on the sites, even jailing users in some case.

Over the long term, China will need to innovate the way online information is disseminated to properly guide online discussion, Xi said according to official media. The committee will also be led by China’s Premier Li Keqiang and propaganda chief Liu Yunshan.