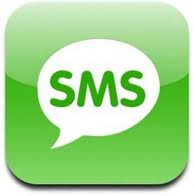 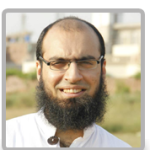 According to SMSall COO and Director Idrees Butt, 16 entrepreneurs have been selected from all over the world, including two from Pakistan. He said they were going to the US city California on March 14 to take part in the Silicon Valley session and bring a good name to the country by becoming part of the global network.

He said it was the first social network of Pakistan, launched under the guidance of Prof Dr Umar Saif four year ago, that has connected seven million people so far. According to the data, six billion SMS have so far been sent through this network.

Idrees Butt said Chief Technical Officer Waqas Farooq was working along with him day and night to improve the quality of the service. Only at the rate of as low as two rupees a week, a consumer could send as many messages as he/she wants. Our slogan is “to bring down cost as well as the use of users’ thumbs”.

In reply to a question, he said it is more beneficial than WhatsApp and Twitter. Through it, a large number of messages could be sent with only one click very easily without consulting a phone book. Dr Umar Saif is our torch-bearer in this project, Idrees Butt added.

He said the project was initiated in a small room. In other countries including Korea, Japan and China, people are using their local social networks because of patriotism. He called upon his countrymen that they should also exhibit patriotism and place the name of Pakistan at world’s web radar. He claimed that SMSall was the only application that could be used both on an ordinary telephone set as well as Android. At this platform, public and private discussion has been brought together.

Idrees Butt said that during the previous general election in Pakistan, most political parties used SMSall social network for fastest delivery of messages. He appealed to the federal government to soften its policies to boost technology use in the country and provide more employment opportunities to the youth.