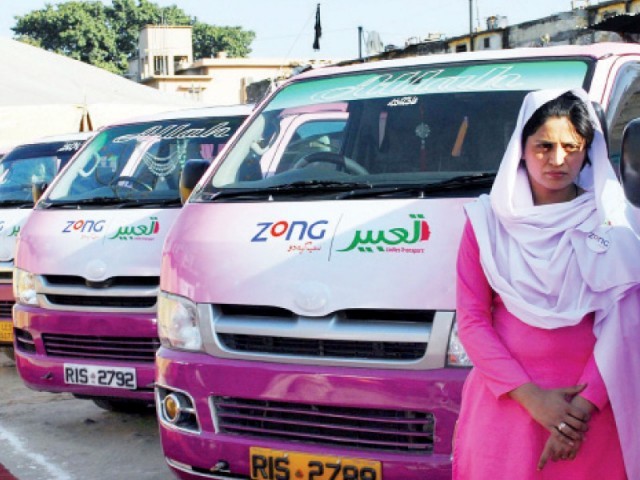 The commissioner, in the launching ceremony held at the District Regional Transport Authority (DRTA) secretary’s office, said that women residing in the twin cities face numerous hardships at bus-stops, particularly during peak hours, causing frustration among them. The Punjab government is trying to provide the best possible transport service to the commuters of Rawalpindi and Islamabad, he said. He said that the initiative will enable women to reach their destinations on time. “The wagons will provide a safe and dedicated service to women of the twin cities,” he claimed.

He said that they were working day and night to start the Metro Bus Service in Rawalpindi and Islamabad, which would provide relief to more than 200,000 commuters daily travelling between twin cities.

District Regional Transport Authority Secretary Owais Manzoor Tarar said that female commuters, including workingwomen and students, have been facing a lot of problems during peak hours while travelling between Rawalpindi and Islamabad. He said that keeping in view their hardships, DRTA worked on a project to facilitate women and finally succeeded in plying a wagon service namely ‘Tabeer’. “The new transport service will provide best travel facilities to women to reach their workplaces and educational institutions on time,” the secretary said.

The wagon service will run on Route No. 1 from Haider Road, Saddar, to Pakistan Secretariat, Islamabad, via Rawalpindi Railway Station, Mareer Chowk and Faizabad on Benazir Bhutto Road.

He also claimed that timings of the service would strictly be monitored. “There will be a complaint number in every van for passengers to lodge their complaints,” said the RTA secretary adding that the passengers will pay the same fare as they do in public transport.

Tarar said that every van will carry 16 passengers and the service will be available from 7 a.m. to 7 p.m. There would be female conductors in the wagon service, he said. He said that the wagons will ply on alternative routes if Benazir Bhutto Road is blocked for construction of an elevated bridge for the Metro Bus Service.