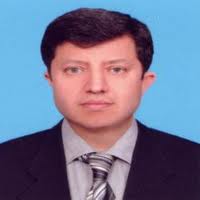 Pakistan government is making all possible efforts to bring in new operators for participation in expected 3G auction that is planned with-in next couple of months. 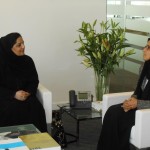 Anusha Rehman, Minister for IT and Telecom and Dr. Ismail Shah, Chairman, Pakistan Telecommunication Authority are on their visits to Middle Eastern and European markets to arrange road-shows for 3G auction in Pakistan.

Anusha Rehman visit Qatar and met Qatari regulator and telecom operators to invite them for participation in Pakistan’s next-gen license auction. Similarly Dr. Ismail Shah met with Saudi regulator and telecom operators in Saudi Arabia to convince them about the potential that Pakistani market bears for telecom players with next-gen telecom services.

Dr. Ismail Shah, according to Arab News first time hinted that a 1800Mhz 4G license – in addition to 2100 Mhz 3g licenses – might also go on for auction. 1800Mhz is considered a rich spectrum for LTE deployments, making it extremely viable for the investors to cap the untapped broadband market of Pakistan.Pakistan’s Telecommunication Authority (PTA) has extended an invitation to Saudi telecom companies and entrepreneurs to participate in the auction of 3G telecommunication licenses, which is expected to be held in March 2014. Pakistan expects to earn an estimated $2 billion with the auction of these licenses.
Syed Ismail Shah, chairman of PTA, recently extended the invitation in his meeting with Abdulaziz A. Alsugair, chairman of the board of Saudi Telecom Company (STC). Commercial Attaché of the Pakistani Embassy, Waseem Hayat Bajwa was also present.
Norwegian telecom conglomerate Telenor, China Mobile and Pakistan-based Mobilink have already shown interest in bidding for the 3G licenses.
Highlighting the opportunities, the PTA chief mentioned that Pakistan has an untapped data market, with less than two percent penetration that can be captured by new companies who obtain the 3G spectrum.
He said: “The government is considering not only to auction spectrum in the 1900/2100 MHz range but also in the 1800 MHz band for deployment of long term evolution (LTE) in the country, thus making it a very attractive option for investors.” 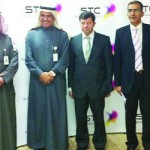 The STC chairman showed his enthusiasm in the upcoming auction, acknowledging that statistics pertaining to opportunities in Pakistan were highly attractive. He also appreciated the efforts being undertaken by Pakistan and agreed to continue the dialogue with PTA.
According to reports, Pakistan’s mobile sector has been increased with more than 129 million mobile subscribers as compared to 13 million in 2005.
The total tele-density is climbing up to around 75 percent with the widespread use of smart phones, while the launch of 3G and LTE services is expected to result in exponential growth in broadband subscribers in Pakistan.

2014-02-17
Previous Post: IM may be in third week of Fabuary
Next Post: Samsung may introduce three more tablet devices this month