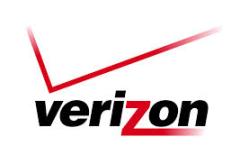 The transparency report shows the total number of demands for customer information made by law enforcement to Verizon in 2013 in every country in which it does business, and had any such demands, other than the United States.

“While we offer services to business, government and consumer customers in the United States, our focus outside the United States is on business and enterprise customers. Only countries from which we received demands in 2013 are included in this chart. As explained below, there are some limits to what we can disclose regarding law enforcement demands” it said.

Verizon said that these figures reflect requests made by law enforcement within a country for data stored within that same country. It is very rare that we receive a request from a government for data stored in another country.

“When this occurs, it generally is a request for United States consumer data from a government entity outside the United States; when we receive these infrequent requests, we do not comply and instead direct the requesting government agency to make its request through any applicable diplomatic channels (like the Mutual Legal Assistance Treaty process) in its country.”