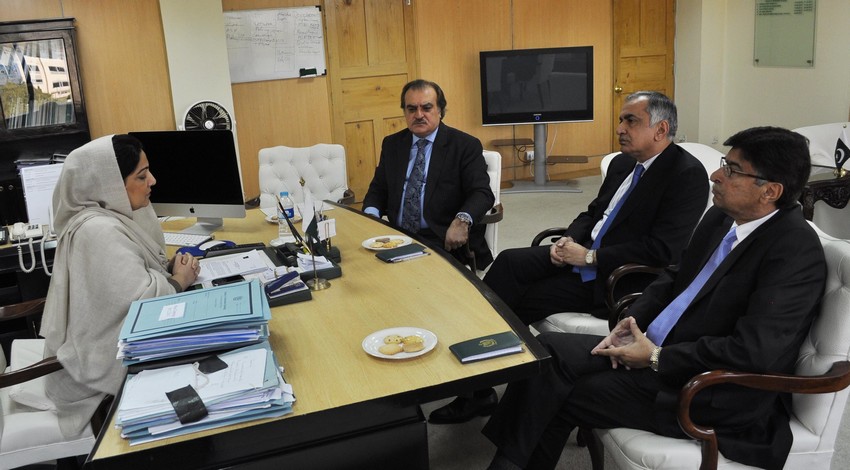 Minister of State for IT Ms. Anusha Rahman chair  a meeting on Monday with president PTCL Mr. Walid Irshaid regarding recovery 80 billion due from Etisalat in lieu of privatization

UAE based Etisalat has not made a long promised payment of US$800 million to the Pakistan government as part of its deal to buy a stake during the privatization of Pakistan Telecommunication Company Limited (PTCL).

Etisalat offered US$2.6 billion for a 26% stake in PCTL back in 2006 in staggered payments, but has withheld US$800 million in a dispute over the transfer of assets from the government to the telecoms operator.

Of the 3,248 properties that were to be transferred to PTCL as part of the privatization agreement, some 131 are still held by the government.

Citing sources, The Nation newspaper reported that despite indications that a deal had been done, the payment has still not been made.

“The government is making its efforts to materialize this amount during current fiscal year 2013-2014, as it has approved Rs 40 million for acquiring private properties to enable their mutation in favour of Etisalat”, said a finance ministry while talking to The Nation on Saturday.

He further said that country’s foreign exchange reserves would enhance if it receives $800 million from Etisalat.

Long standing plans by Etisalat to increase its holding to 51% have been on hold until the dispute is settled. Etisalat already has management control of the company as part of the privatization agreement.

2013-12-09
Previous Post: Telecenter to be generate employment and entrepreneurship for the people of remote areas. Anusha
Next Post: E-office system to improve efficiency and ensure efficacy in the government institutions. Anusha