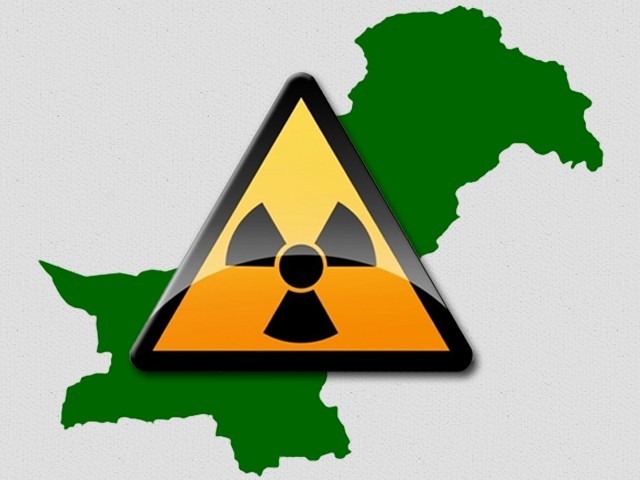 Pakistan’s Nuclear Material and asssets are safe from syber attack

UNITED NATIONS (MEDIA) Pakistan assigns the “highest importance” to ensuring the safety and security for the country’s nuclear programme, Ambassador Masood Khan told the UN General Assembly on Tuesday, assuring the body that the weapons stock pile was safe and secure for the entire spectrum of threats, including cyber attacks.
“Pakistan’s nuclear materials, facilities and assets are safe and secure.”
Pakistani ambassador said while commenting on a report of the International Atomic Energy Agency (IAEA), the Vienna-based UN nuclear watchdog and after it emerged on Tuesday that a flaw in the widely used Microsoft word operating programme had a critical security flaw, “zero day” that had been exploited in the Middle East and South Asia region.
“We have an unblemished record of running a safe, secure and safeguarded civil nuclear programme for the last forty years,” Khan told the 193-member Assembly.
“Our nuclear security regime is anchored in the principle of multilayered defense for the entire spectrum of any nuclear security threat – insider, outsider, and cyber threats – and is guided by the concept of the Five Ds, that is, to deter, detect, delay, defend, and destroy.”
Khan explained that Pakistan has established “extensive physical protection measures, robust command and control structures, comprehensive export controls and an effective regulatory regime to ensure safety and security of nuclear materials and installations.”
A specially trained and skilled force of 25,000 nuclear security officials ensures the security of the country’s nuclear assets. Besides, integrated intelligence component exercises vigil to provide depth in defence.
“We are currently deploying Radiation Portal Monitors at key exit and entry points to prevent illicit trafficking of radioactive and nuclear materials.”
All nuclear power plants in Pakistan were under IAEA Safeguards, Khan pointed out.
As an active, mainstream partner in the global non-proliferation efforts, Khan said Pakistan had experience, spanning four decades, of safely operating the nuclear power plants.
“We have the requisite expertise, well-trained manpower and infrastructure to produce civil nuclear energy. Pakistan therefore fully qualifies to be a member of the Nuclear Suppliers Group.”
“Pakistan believes in an equitable, non-discriminatory and criteria-based approach to advance the universally shared goals of non-proliferation and promotion of peaceful uses of nuclear energy,” he said.
“Considerations of safety and security should facilitate, not hinder, the pursuit of peaceful uses of nuclear energy for promoting the development agenda, improving human lives and mitigating the adverse impact of climate change.

2013-11-07
Previous Post: Google is understandably upset with the NSA
Next Post: APPOINTMENT FULL TIME CHAIRMAN PTA WITH IN WEEK