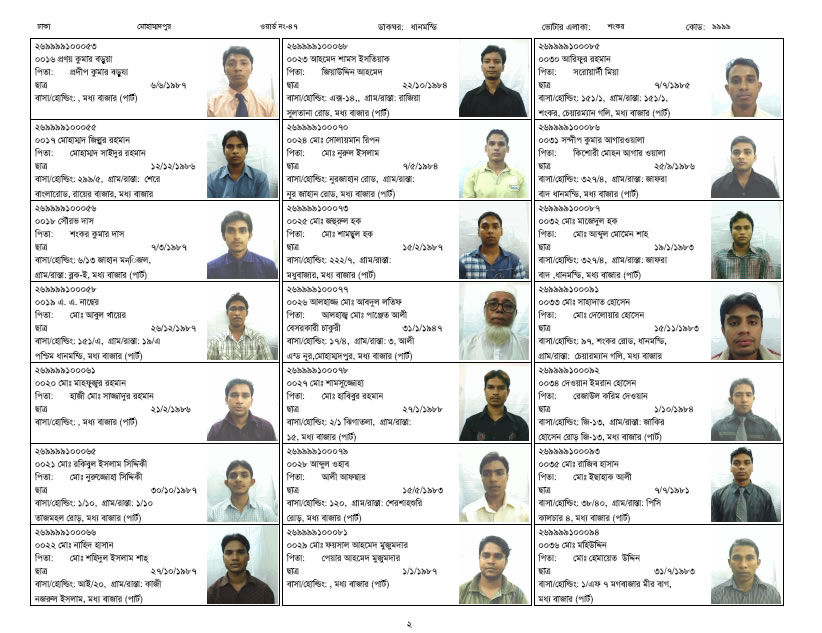 Probe ordered into any misuse of voters lists by telecom companies

The government has taken notice of reports that voter lists issued by the Election Commission of Pakistan (ECP) for the May 11 elections are being misused by the telecom sector by activating mobile SIMs (Subscriber Identity Modules) unauthorisedly using CNIC numbers given on these lists.

The News reported That the relevant ministry has been asked to probe these reports.According to these reports the unrealistic sales targets assigned by the sales teams to franchisees and retailers compel them to go for unfair means.

Heads of sales departments in the telecom industry are not ready to accept that the industry has almost reached a saturation point on account of new connection sales.Pakistan has more than 125 million cellular subscriber base with teledenstiy of 70 percent. Mobile phones have reached rural and far flung areas of the country as well, despite low literacy rate.

In such a scenario, cellular companies have started activating SIMs against the CNIC numbers printed on the voter lists issued by the ECP for General Elections 2013. First time in the history of Pakistan, the ECP had issued voter lists with CNIC numbers and other necessary information to the candidates and their polling agents during the general elections. After the elections these lists are still available with the workers of every politician in Pakistan who are selling them to franchisees and retailers of the cellular companies.

The sales channels of the cellular companies have been using the information printed on the voter lists for SIM activation. People of far flung areas are not aware of abuse of their secret data by anyone.

Thus the sales teams are freely activating new connections of these voter lists.Usually, the secret questions asked by call centre officials when anyone calls for activation of a new SIM connection at 789 include the user name, place of birth, address and mother’s name. Interestingly all this information is available on the ECP voter lists.

A senior official of Nadra said they had opposed the idea of issuing voter lists with such information at the time of election but the ECP did not accept any objection. He said Nadra apprehended misuse of information at that time which is now underway. Nadra has also highlighted this issue in the last meeting held in the Interior Ministry a week ago, he added.

When this correspondent approached officials of different mobile phone companies they said the companies give sale targets to the sale teams but never push them or appreciate them to do anything above the law to achieve the targets. The sales targets are usually achieved through different promotional campaigns run by the companies which attract customers to buy companies’ SIMs.

“The mobile companies have never been involved in such activity; we have our own sales SOPs which abide all the regulatory procedure set by Pakistan Telecommunication Authority. Also, Nadra would have to ensure that the CNIC information is not loosely available especially via the ECP.”

They said targets to sale teams are allocated on the basis of the estimated potential of a given geographic area and the ability of the franchises to achieve those targets by meeting potential customer’s needs. The setting of sales targets is a standard practice and not limited to the telecom industry only. However, mobile companies’ sale targets account for industry regulations, market conditions and customer demand when evaluating the performances of franchises. Target achievement depends on market conditions and customer demand and there are situations when the targets are not even fully achieved.

They said the mobile companies have defined stringent guidelines in accordance with the PTA directives regarding SIM activation through 789 for all customers.

They said their companies were working in compliance with the PTA directives and a positive approach to implement solutions for the betterment of the industry. All policies implemented by the regulator are followed strictly. As per the directives from PTA all activation of SIMs are done via 789.

“We certainly do not condone dishonesty in business. Instead we try to achieve our targets through different promotional campaigns which are designed in such a manner that customers get attracted and decide to buy the company’s SIM.

“We would like to reiterate here that we have always followed government instructions on this subject and have again agreed to the use of biometrics for new activations, even though we had certain reservations. We have our own sale SOPs which abides all the regulatory procedure set by Pakistan Telecommunication Authority. We, being socially responsible and lawful corporations, strongly condemn any such activity.”

They said to their knowledge no one in the industry ever condoned the misuse of confidential personal data. They said, “Currently, all the telcos are in compliance with PTA regulations in this regard, and new SIMs are only issued upon verification of the original CNIC at the relevant customer service centres. Earlier this month, the government directed that all new SIMs be issued following biometric verification from Nadra, in order to authenticate users’ data and info.”The country’s telecom companies have also always complied with all laws and regulations, and government directives; as is the case with the issuance of new mobile SIMs, they added.