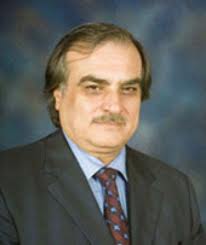 Waleed Arshid gets 10% enhance in his monthly compensation

By: admin
In: Telecom
Tagged: WALEED ARSHIAD SALARY
With: 0 Comments

PTCL CEO and President Waleed Arshid gets 10% enhance in his monthly compensation.  This was recommended by two member committee recommended by this promotion.  Both members were from UAE. The board of directors include nine people in total. This committee was formed in Lahore meeting and within this same meeting Waleed Arshid contract was increased.

It should be noted that around 100 senior officers and more than twenty thousand junior officers have not received any such promotion in the past several years. They are still on the waiting list.  CEO and President Waleed Arshid now receive after 10% boasts around one hundred thousand USD monthly.