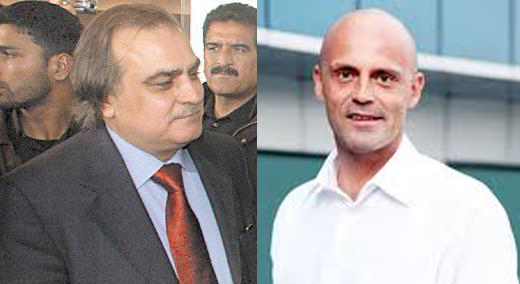 By: admin
In: Telecom
Tagged: SECURITY IN PAKISTAN, TELECOM FACE DIFFICULTIES TO SELL SIM, TELENOR AND ETSALTE
With: 0 Comments

After Telenor CEO ( Lars ) CEO and president Waleed Arshid seems to singing the same tune as he recently said to a group of journalists that the law and order situation in the country seems to be inhibiting the productivity and operations of Telecom Companies.

Waleed Arshid used incredibly soft language during his statement and there was no indication or words that would affect the sentiments of the local people.  He pointed out that load shedding and price are not the only thing effecting the performance of the telecom companies. He believes that law and order situation is also causing problems for the companies. He stated the truth but didn’t cross the limits.

On same issue Telenor CEO also recently gave a statement to two journalists in which he pointed out that Kalashnikov are easier to sell in Pakistan compared to SIMs.  Pakistan does have numerous issues in which security is foremost but for a foreign company’s highest authority saying such things is not acceptable on moral and diplomatic grounds. Telenor’s senior officer Torre Johnson has tried to pacify the critics and anger that is brewing from the statement but to no avail. It is strongly felt among Telecom industry and more specifically Ministry of IT and Telecom and PTA that the CEO Telenor should himself give a statement to clarify his statements.