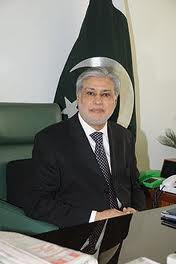 It has been learnt from media reports that Government has diverted the balance available in Universal Service Fund (USF) to Federal Consolidated Fund (FCF) to pay the circular debt for power sector.This is stated in letter of Wahaj Siraj address to Finance Minister IShaq Dar  regarding  amendment in USF and R&D fund companies rules  done by Moit on 29th june 2013.

Licensed telecom operators have been earnestly contributing 1.5% of their gross revenues on USF for last many years for sole objective of the fund to promote telecom infrastructure in un-served and under-served areas of the country. Section 33(B)(2) of Pakistan Telecommunication (Re-organisation) Act, 1996 states “the USF shall be utilized exclusively for providing access to telecommunication services to people in the un-served, under-served, rural and remote areas and other expenditure to be made and incurred by the Federal Government in managing USF”.

USF contributions are not tax revenues for the Federal Government and its diversion to FCF would be ultra vires, illegal and contrary to the provision of Pakistan Telecommunication (Re-organisation) Act, 1996. Such diversion would also be infringements on the licensed rights of all telecom operators and contrary to the USF Rules.

Telecom sector has already been subjected to unprecedented heavy taxes by the Government which is discouraging for the investors. Move to divert USF for other governmental expenditure would tarnish the image of Pakistan in the eyes of national and international investors’ community and would seriously hamper the efforts to generate decent revenues from forthcoming auction of 3/4 G spectrum.

We therefore request that any such move may kindly be abandoned in the best interest of the country and telecom sector.

2013-07-03
Previous Post: More Than 60 Billion out of control of Moit And Tranfer to FCP
Next Post: CRS And Ufone Part Ways