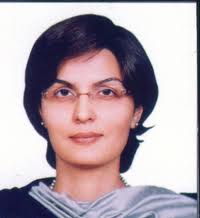 Dr. Sania Nishtar, an expert in medicine, has been appointed as the caretaker minister for MOIT.

Dr. Sania Nishtar, an expert in medicine, has been appointed as the caretaker minister for Ministry of Information and Technology (MoIT) whereas Mr. Shahid Rasheed will remain the Secretary.

Sania Nishtar graduated from Khyber Medical College Peshawar in 1986 as the best graduate with 16 gold medals, a college record, which remains unbroken to date and did her Ph.D. in medicine from Kings College London in 2002. Sania Nishtar has in country and international experience. Internationally, she is a member of many Expert Working Groups and Task Forces of the World Health Organization.

She is responsible for establishing the NGO think tank, Heartfile which today is the most powerful health policy voice and a major catalyst for health reforms in Pakistan and is recognized as a model for replication in other developing countries. Dr. Sania Nishtar also founded Pakistan’s Health Policy Forum and Heartfile Financing, a program to protect people against health impoverishment.

While on other hands the Secretary of MoIT, Mr. Shahid Rashid has performed as Provincial Secretary in the Government of Punjab Secretary from 1999 to 2007, was CEO of Small & Medium Enterprises Development Authority from June 2007 to October 2010 and remained Federal Secretary Ministry of Textile Industry during the time period January 2011 – January 2013. Mr. Shahid has graduated from Harvard.

2013-04-06
Previous Post: UFONE re-launching the program for SIP 2013
Next Post: Ufone signed a MoU with Pakistan Cricket Board (PCB)