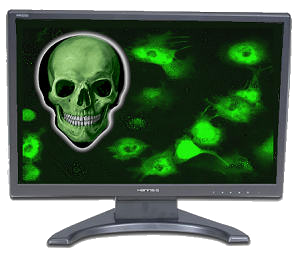 Cyber attacks on the Election Commission of Pakistan (ECP) website

Cyber attacks on the Election Commission of Pakistan (ECP) website have been foiled but the website itself has been shutdown deliberately to avoid further attacks.

Director General IT, Khizar Aziz, at theECP said that Asian and Russian hackers launched attacks on the website but these attacks were foiled, adding all the data of the Election Commission, posted on the website, is saved.

“Had our host server was based in Pakistan, then there could have been immense loss,” he said, adding ECP host server is based in Canada, which now being transferred to more secure server.

Aziz said that ECP’s website has been shutdown under a deliberate strategy to avoid further attacks during the transition period.

It may be mentioned that ECP website carries all the crucial data with regard to upcoming general elections in May.

The Election Commission of Pakistan’s website was reportedly attacked by an Indian hacker on Friday. The website is currently down.

The attacker has defaced the home page and has possibly compromised its availability to visitors, according to a cyber expert.

The cyber attack on ECP’s website is being discussed across various internet forums with people complaining about being unable to visit the site. The attack came at a time when the traffic on the website increased ahead of the general elections.

As the cyber attack entered its second day on Saturday, the election commission decided to shift its website on another server, reported Geo News.

According to the report, the ECP has stated that all its data is secure despite the attack and the website would be restored after being shifted to another server. Sources also told Geo News that the nomination papers of candidates will be uploaded on the website within the next few days.

The hacker, who identified himself as NIGh7 F0x, seemed to have hacked the website first then defaced its homepage and eventually compromised its availability, according to Rafay Baloch, a professional white hat – the term used for hackers who, against quick paybacks, assist world’s leading websites against possible cyber attacks by exposing their vulnerabilities.

The availability of any site is usually compromised through a distributed denial-of-service (DDoS) attack but this is too early to say if it was one, Baloch said. The other possibility could be the impact of the Spamhaus attack, the largest DDoS attack in the world’s history that has mainly affected North America and Europe and slowed down internet globally.

The Spamhaus attack could also compromise the availability of ECP’s website, Baloch said, because its host server is in the US.

The official government sites are at risk of such attacks because their host server PKNIC is vulnerable to basic-level cyber attacks, Baloch added. PKNIC is a shared registry system that manages the .pk domain name space (DNS) for Pakistani websites.

Indian black hats are targeting Pakistani websites almost on a daily basis with the Federal Investigation Agency being aware of the issue, according to Baloch.

Despite being attacked twice this year, PKNIC has not fixed those vulnerabilities, Baloch said. ECP to shift website to new server

The Election Commission of Pakistan on Saturday acknowledged that its website had been hacked and said that it would be restored soon.

A spokesperson of ECP said that the authority has decided to shift its website on to another server and to employ enhanced security features.

“ECP’s website remained out of reach under a deliberate strategy to avoid loss of data and ensure security,” he said.

To a question, he said all the data of the Election Commission on the website was safe.

Nomination papers of the candidates would be uploaded on the website within next few days, he added.