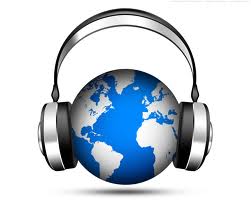 Following Pakistan footsteps, the BTRC is establishing an ICH

Following Pakistan footsteps, the Bangladesh Telecommunication Regulatory Commission (BTRC) is establishing an International Clearing House (ICH) to curb illegal VoIP and termination price wars among international gateway operators. The regulator says it is seeing a decrease in international call volume and believes this is due to operators offering low rates and using international voice termination other than prescribed. The regulator has issued a large number of international gateway licences and says it has trouble monitoring the operators individually and suspects operators are taking advantage of this situation. The ICH will act as a centralised platform to monitor the traffic volume of each international gateway operator and to ensure calls are priced according to the approved tariff structure. The BTRC also proposes a common PoI, which could be located at BTCL or another suitable place. The new arrangement will go live from 19th March 2013 as all the relevant telcos have entered into agreement.

BTRC/E&O I 22- 12 I 20 12- r21 Date:06.02.2013
Directive Regardins Establishment of International Clearins Hou.se (ICH) for IGW
BTRC is experiencing a continuous decrease of intemational call volume in the recent
days. This decline in international call volume is due to fact that operators are presumably
offering low rates and occurrence of international voice call termination other than the prescribed
route. Of late, BTRC has issued a good number of gateway licenses. Considering the roll out
obligation, BTRC has allowed the new IGW, ICX and IiG operators to go into operation with
individual monitoring platform placed interim at B’fRC but to monitor these 29 IGW, 26ICX
and 34 IIG individually is a tedious task. As the number of gateway licenses are huge and that
there is no single monitoring platform as yet for all tl-rese licensees, many of the operators are
presumably taking undue advantage and making unhealthy practices in terminating international
voice calls.
2. BTRC is making different efforts to curb these unhealthy practices that includes
deactivating huge number of SIMs identified by SIM Box Detection system and self regulation,
inspecting the operation of different gateways, carrying out operation against illegal VoIP
establishment, limiting the uploads of IIG, dirccting IGW operators to maintain proper
termination rate etc. Off late, BTRC has also issucd a directive to all the IGWs in this regard.
These efforts are making positive impact to the volume of international voice calls but still a
good amount of calls are being terminated through illegal routes and the offering of low rates are
still on.
3. In this backdrop, BTRC endorses the proposal from Telecommunication Infrastructure
Association of Bangladesh (TIOB) to form International Clearing House GCFD in order to stop
unhealthy competition via price war or subsidized discounting amongst the IGWs. To stop illegal
termination of traffic and to maximize Government’s fbreign currency earning potential, all the
IGWs have agreed to establish such a platform to keep the international call market stable. In
exercise of the powers of the Bangladesh Telecommunication Regulation Act, 2001, BTRC is
pleased to issue the following directives regarding the formation of ICH and its operation to meet
the above obiectives:
a. In order to ensure that the ‘fermination I{ate into Bangladesh remains at the regulated
rate and a healthy quality-based competition exists amongst all IGWS, the ICH will
act as a central platform to monitor the traffic volume processcd by each IGW and
thereby assist BTRC in determining the revenue of the Governmcnr.
Phone: +88 02 7162277, Fax:+88 02 9556677,9567755, E-mail: [email protected], Web:www.btrc.gov.bdBangladesh Telecommunication Regulatory commission
IEB Bhaban, Ramna, Dhaka-1000, Bangladesh.
b. Irrespective of any promotion, any package, timing (off peak, night bird etc.), the call
charges shall be imposed as per approved tariff structure of the Government.
c. For ease of operation and better accountability, BTRC endorses the establishment of
common PoI under the joint monitoring of BTRC and ICH. The location of PoI can
be at BTCL, common ICX PoI or any other suitable places as proposed by IGWs and
approved/ endorsed by the Commission. By establishing a common PoI, ICH would
supplement/ enhance the monitoring structure/strength of BTRC.
d. ICH will have to get prior approval/No Objection Certif,rcate (NOC) from BTRC to
establish any technical platform.
e. For smooth operation and maintenance, ICH may formulate a Memorandum of
Understanding (MoU) among the IGW operators notifuing BTRC. f. The connectivity terms and condition to the common PoI will be according to the
MoU signed between ICH and IGWs. However infrastructurc sharing will be
according to the infrastructure sharing guideline andlor any directives issued by
BTRC in this regard.
g. ICH shall maintain a call data recordrng analyzing system at BTRC which will be
connected to the switching infrastructurc of each IGW to monitor the exact number
and duration of calls processed by the switches of each IGW. For the interim period,
international call volume information from the gateway and ANS operators can be
submitted to BTRC via web interface.
h. The financial matters between the ICH and IGW will be regulated under the MoU
signed between ICH and IGWs. MoU must be in conformily with the Licensing
Guideline and relevant Laws/ Directives.
i. ICH may have a central Network Opcration Center (NOC) that shall constantly
monitor the ICH’s infrastructure as well as the switches of each IGW as a part of self
regulation. ICH shall extend /supplement the monitoring capacity of BTRC to enforce
better revenue assurance and healthy competition. j. Any IGW operator shall have the right to abstain from joining the ICH or exit from
the ICH at any time for the valid reason but shall have to provide the monitoring
terminal to BTRC.
k. The Commission shall have the right to review, amend and,lor cancel this directive or
part thereof for any reasonable cause at any time with or without any prior notice.
4. circulated for strict adherence to all concerned with immediate
Colonel
Director General
Engineering & Operations Division