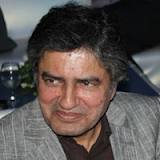 Farooq Awan, May Be as Secretary of Ministry of IT

Taimur Azmat Usman, the Establishment Division Secretary is expected to issue a statement regarding the appointment of Farooq Awan, a grade 21 officer, as Secretary of Ministry of IT, reportsTribune. Farooq Awan has been recently barred again from his duties as acting Member of PTA by Lahore High Court before he could even start. This was in continuation of Court Orders against his appointment as Chairman PTA terminating him from the position. The Court gave its judgment on the main basis that Farooq Awan was not qualified for the job of leading the regulatory authority.

Awan has already held the position of secretary between February 2012 and August 2012, as confirmed by two officials. Awan, in his tenure as both the Secretary and as Chairman PTA, failed to produce any positive results, especially as Chairman, when he failed to initiate 3G spectrum auction due to illegality of the steps he took. Despite all his shortcomings and failures, the Establishment Division is hell bent on giving him the highest position a government official can get in a ministry, second only to the Federal Minister.

The MoITT is the umbrella body for various important bodies including the National Telecommunication Corporation (NTC), the Pakistan Software Export Board (PSEB), the Information Communication Technology Research and Development Fund (ICT R&D), the Universal Service Fund (USF), the telephone industries of Pakistan (TiP) and the Virtual University. The position of Secretary will give him power and advantage over a number of department and he will be able to spread his influence in departments of importance.