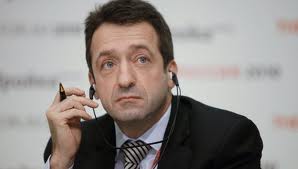 VimpelComCEO amongst 25 most powerful people in global telecom

Jo Lunder, theChief Executive Officer of VimpelCom, has been named amongst the top 25 of the ‘GTB Power100’, which ranked the 100 most powerful people in the global telecom industryfor 2012. VimpelCom is the parent company of Pakistan Mobile Communications Limited (PMCL), also known as Mobilink.

Jo Lunderhas emerged as one of the leading figures in the highly competitive landscape of the global telcom industry. He has been instrumental in two of Europe’s most transformational deals, namely the merger with Ukraine’s Kyivstar, followed by the purchase of Wind Italy and a controlling stake in Orascom Telecom Holding. The top 25 of ‘GTB Power100’ for 2012 also includes other technology leaders such as Tim Cook, CEO of Apple and Larry Page, co-founder of Google.

The ‘GTB Power100’ is compiled by “Global Telecoms Business” (GTB), whichwas founded in 1993 by the EuromoneyIntitutional Investor group to provideindustry leaders and stakeholders with a strategic perspective on issues affectingTelecom.

GTB publishes special reports on topics such as OSS, wireless/mobile, managed services, outsourcing, IP transformation, etc.GTB is also the creator of prestigious annual events like; Innovation Awards, that are presented to the most exciting projects in the industry.