3G. Auction deadlock over the issue

The financial bid from the Interconnect communications does not conform to the evaluation criteria and other conditions as specified in RFP. Therefore the proposal submitted by the ‘Interconnect Communications is recommended to be Rejected. This was final report submitted to the Chairman PTA by the committee headed by Doctor Khawar Siddique Khokar and recommended the recommendation should be filed to the Auction Supervision Committee for further guidance. It is reported that the deadlock has been observed between the Committee and the Chairman PTA over this issue. The evaluation report is as follows:

As per RFP clause 1.5 the proposals were required to be evaluated in three phases: eligibility, technical and financial.

The RFP published clearly required an unconditional financial proposal in terms of the formula given therein as referred above. Whereas the proposal submitted by the bidder provides different percentages applying to different tranches of excess of auction prices over reserve prices. Since no other financial bid was opened, as no other proposal was technically qualified to reach the second stage, therefore the evaluation committee only had one financial proposal to consider. In light of this, the conditional financial bid submitted by the bidder almost makes it impossible to compare the consultancy service charges with the market price of the services to be procured.

The financial proposal is made conditional upon varying the terms and conditions of the draft consultancy agreement to comply with he standard terms of the business of the bidder which is reproduced in italics below:

The financial proposal is provided under InterConnect Communications standard terms of business which remain in place until or unless an alternative set of contract terms are agreed.

The bidder has further made the financial bid conditional upon provision of protection against the GoP setting the reserve prices significantly above their recommended prices and at unrealistically high levels.

The formula of fee quoted by a bidder ensures that if the bidder fails to fetch high price at the time of the auction even then the bidder manages to earn a significant amount of fee, which is not as per the RFP.

The bidder has quoted fee rates on the difference of the aggregate auction winning and reserve prices(multiple of blocks) which is not in accordance with the RFP.

For each tranche in the formula quoted by the bidder, the boundary values have two percentage quotations which significantly impact on the fee payable to the bidder.

The fee quoted is exclusive of taxes, which entail that the tax incidence will be borne by PTA, which contradicts RFP Annex 2 portion reproduced at para (4) above.

As only one financial bid was received, therefore, weightage cannot be assigned for the financial bid as per the criteria laid down in the RFo clause 1.7.4. 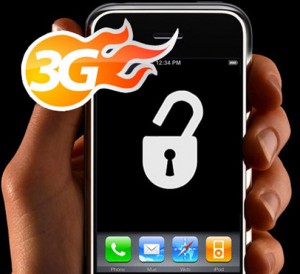 2012-10-13
Previous Post: The appointment of the Chairman of the PTA is in violation
Next Post: IHC. restore Mr Nasarul Karim Ghazanvi as member of finance.