Telecommunication companies to deposit the sales tax with the PRA 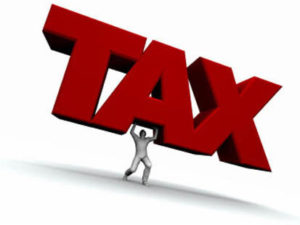 Punjab Revenue Authority (PRA) has asked all the telecommunication companies to deposit the sales tax with the PRA as per the decision of a meeting between both sides held the other day. The meeting had decided that the telecom companies would deposit the sales tax payable under the Punjab Sales Tax Ordinance, 2000 on the post-paid telecom services of June, 2012 if so requested by PRA with a sound understanding that FBR will not duplicate the tax demand.

Reliable sources told Business Recorder that the PRA responding to the demands of the telecom companies wrote a letter on Wednesday. The Authority clarified that sales tax payable under the said Ordinance is tax of the Punjab government and it is the Punjab government which has an inherent right for its collection/receipts.

“PRA undertakes all responsibility in this regard and requests you (telecom companies) to pay the aforesaid tax amount(s) directly to the Punjab government. Tax once deposited with the relevant authority/government cannot be re-demanded on any ground, whatsoever,” the letter added. It may be added that a provision has also been made in PRA’s portal to entertain and accept tax payments on post-paid services of June, 2012, the letter concluded.