INDIA 2G spectrum to later in the year 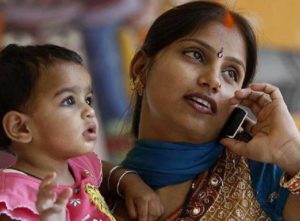 n a bid to push back the proposed 31 August deadline for the long-awaited re-auction of 2G spectrum to later in the year.

A government spokesperson told Reuters yesterday that it will ask the court to push the date of the auction back to November at the earliest, following several delays by Delhi in setting the auction rules.

According to the Financial Times, such a delay could create problems for those operators that had their licences cancelled by the court in February and were hoping to rebid, notably Norway’s Telenor.

These operators have been ordered to shut down their existing operations by 7 September, which means they may also need to ask the court for an extension while they wait for new spectrum to become available.

Telenor has said it hopes to win back its previous licences, although it has not yet formally confirmed it will take part in the auctions. In a statement last week, the firm urged the government to “do everything it can to conduct the auctions within the August 31 deadline.”

On Friday, the Indian government finally set the base price for the licences, something that has been a matter of huge controversy in recent months. Bids for a nationwide (5MHz) GSM licence at 1.8GHz will start at INR140 billion (US$2.5 billion), while the starting price for CDMA spectrum (800MHz) is set slightly higher at INR182 billion.

The base price for the GSM spectrum is at the low end of the INR140 billion to INR160 billion range recommended by a ministerial body last month (which itself was a reduction from the controversially high INR180 billion suggested by the Telecom Regulatory Authority of India, TRAI, earlier in the year).

However, the fees are still many times lower than the rates charged when the spectrum was first sold off in the infamous ‘first come, first served’ auction in 2008.