Huawei, a leading player in telecommunication is all set to launch 5 touch screen Android mobile phones in Pakistani market on  July 16 in Lahore. The models are expected to be Ascend P1, U8860 Honor, U8850 Vision, Ascend G300, Ascend Y200. 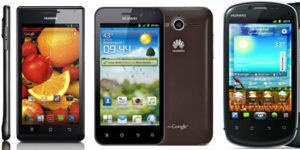 Vision, G300 and Y200 are targeting lower end smartphone category offering at least Android 2.3 in all of them.

With Huawei joining the scene, it will be a good sign for the local market where Samsung leads the smartphone category (thanks to Galaxy series) followed by HTC offering a wide range of smartphones.

As Nokia no more considered to be a challenge soon in the future and particularly after the fall of MegaGate, Q Mobile appears to be a third contender for a pie in the local Android market which is getting charged up with low priced Android based mobilephones.

Market analysts believe that Huawei with huge funds and better R&D will be a much better competitor for  Samsung and HTC. It may knock out QMobile in the first round provided the distribution and sales network perform as per expectation. Nevertheless, it would be interesting to see how market reacts to this new entrant.