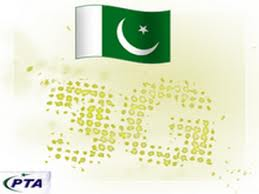 A delegation of foreign investors comprising of Turkish and Russian groups along with their Pakistani partners called on the Honorable Federal Minister for Information Technology (IT and Telecom Division) Raja Parvez Ashraf. The members of the delegation showed keen interest in investing in Pakistan, especially participating in the upcoming 3G spectrum auction. The minister while welcoming them explained to them the importance the government is giving to this auction. He explained that the process will be carried out in a smooth and transparent manner and the government is in the process of hiring an international consultant to ensure transparency and best practices.  The Minister further stated that a successful 3G auction will bring a significant change in the availability of broadband in Pakistan. He also said that the government is in the process of providing telecommunication services including broadband to the rural areas. In this regard he appreciated the efforts of his team at the MoIT. He further explained to the visiting delegation that the government has started many programs for the social uplift of the common people including the Benazir Income Support Programme (BISP), where about 6 Million families are being provided with financial assistance and nearly one fourth of the same are provided with the required financial support through the mobile phones. He further stated that it is the vision of the current democratic government to use ICTs to bring about a positive and significant change in the lives of the people of Pakistan. The availability of spectrum and other aspects of the 3G auction were explained to the delegation and they showed their keen desire to participate in the said auction. At the end the delegation thanked the minister for receiving them and appreciated his vision.

2012-05-25
Previous Post: Mobilink owed Rs. 8.6 billion to the exchequer on account of mis-declaration of Sales Tax and FED
Next Post: Dismissal of PTCL’s Appeal on PTA’s Determination on Dispute between PTCL and LDI