Microsoft has fixed a flaw in Hotmail’s password reset system 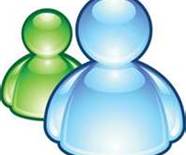 Microsoft has fixed a flaw in Hotmail’s password reset system that allowed hackers to take control of webmail accounts.

The vulnerability existed in Hotmail’s password reset feature. Hackers were able to use a Firefox add-on called Tamper Data to intercept the outgoing HTTP request following a password reset request and modify the data, locking out the account holder and gaining access to their inbox.

Computer security researchers discovered the vulnerability in early April and told Microsoft about it soon afterwards. However, details of the bug leaked out in online forums, and earlier this week hackers were reportedly offering to break into any Hotmail account for as little as $20.

Microsoft said it has now issued an update to fix the bug.

“On Friday we addressed a reset function incident to help protect Hotmail customers, no action needed,” the company posted on its Security Response Twitter account.

It is not known is just how many Hotmail accounts may have been compromised by the bug. According to some reports, Moroccan hackers were actively taking advantage of the vulnerability and planned to reset the passwords of a list of 13 million Hotmail users in their possession.

Sophos senior technology consultant Graham Cluley said that if Hotmail users are inexplicably unable to log into their account, then it is possible their email account has fallen victim to this attack.

“Hackers aren’t just interested in breaking into email accounts out of curiosity or because they want to read your spam,” said Cluley. “They’re also interested in stealing your identity and perhaps using an email account hack as a method to crowbar their way into other online accounts under your control.”

Last year, the webmail accounts of Google, Yahoo, and Hotmail users were hit by a series of politically-motivated spear-phishing attacks. Hackers were able to gain access to webmail accounts and send specially crafted phishing email messages to several thousand victims.

Post Views: 5
2012-05-03
Previous Post: Harald Norvik, the Chairman of the Board of Directors of Telenor has resigned
Next Post: (PTCL) Sukkur team won the annual regional cricket tournamen

FBR has started registration of brand names which is mandatory for manufacturers to sell their products.

ISLAMABAD ( Web News ) The Federal Board of Revenue (FBR) has started registration of brand names, which is mandatory for manufacturers to sell their products. The FBR on Tuesday issued Sales Tax General Order (STGO) No. 07 of 2021 for licensing of brand name under Section 40E of Sales Tax Act, 1990 for specified sectors.

END_OF_DOCUMENT_TOKEN_TO_BE_REPLACED

ISLAMABAD ( Web News ) COMSTECH webinar on “In search of improving outcomes across the continuum of ovarian cancer” delivered online by Dr. Ikram Burney, Senior Consultant in Medical Oncology at the Sultan Qaboos University Hospital, Muscat, Oman, and a Visiting Faculty at the Panjwani Center for Molecular Medicine and