Norwegian Telenor Group, plans to invest up to Rs 2,000 crore in India telecom 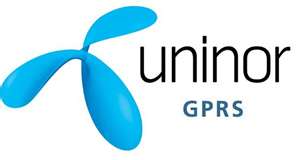 Norwegian Telenor Group, which is looking for a new partner to continue its telecom services in India, plans to invest up to Rs 2,000 crore more even as it is taking all steps to secure Rs 14,500 crore already pumped into Uninor, the joint venture with Indian realty firm Unitech.

Hopeful of finding an early solution to the situation arising out of the cancellation of the company’s 2G telecom licences by the Supreme Court, he said while continuing the arbitration in Singapore for separation with Unitech, they were in talks with four to five companies in India.

Declining to name the companies, Sigve said they were looking for a partner, who is not a telecom operator and who is keen to have a long-term commitment.

The new partner will have 26 percent stake in the company as Telenor has decided to increase its equity from 67 percent to 74 percent.

Stating that Telenor has already made substantial investment into Uninor, Sigve said they need to secure the investment. “We need to do whatever we can to secure this huge investment,” he said, to queries about a notice served by Telenor to India in March under the bilateral treaty.

India has six months to sort out the issue under the bilateral treaty. Sigve noted that they already had positive dialogue with the Indian government, and the prime ministers of India and Norway also discussed the issue.

Telenor has plans to invest another Rs 1,000 crore to Rs 2,000 crore. “The subsequent investment will be from the cash reserves of the company,” said Sigve who is hopeful of company turning profitable in the first half of 2013 as originally envisaged.

With a 4.2 crore customer base, Uninor is the sixth largest telecom player in India.

Asked about the future plans, he said the firm would focus on voice and ruled out participating in 4G and even 3G auction for now.

He said it may take two to three years before the company moves to data. “We need to be focused. We are looking at 6.5 crore customers. Then we will have a scale. It will be step by step approach.”

The Supreme Court in February had cancelled all 22 licenses held by Uninor. While cancelling all licences issued during the regime of then communications minister A. Raja, the court asked the government to conduct a fresh spectrum auction by June 2.

Uninor is hopeful that fresh spectrum auction will take place before its licenses expire on June2.

“We still have not discussed this,” Sigve said when asked if Telenor will re-brand the company.

On the valuation of the company, he said it would not be what it was two years ago.

“We have already done it (valuation) and we are also frequently updating it as the situation is changing,” he said. The settlement, however, will be on the basis of independent valuation. To another query, he said the valuation has come down.

He clarified that Telenor did not buy any stakes from Unitech, which invested Rs 6,100 crore to buy licenses and to build business. “Unitech did not get money into the company. All our investments went into the company and it was used to roll out services,” he said.