laptops scheme may incur a loss of at least Rs1.7 billion as they have been purchased at high prices. 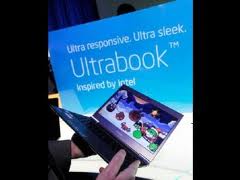 After the ‘Sasti Roti’ scheme, the Punjab government once again faces a new scandal where it is alleged the 110,000 laptops scheme may incur a loss of at least Rs1.7 billion as they have been purchased at high prices.

Transparency International has requested the Punjab Government to look into these allegations as adhering to PPRA Rules was a must and the Supreme Court has also endorsed it in its recent judgment.

The Secretary, Planning & Development Department, Government of Punjab has been told by Transparency that serious allegations have been reported in the media on the violation of the Punjab Procurement Rules, 2009 in the purchase of 110,000 laptops by the Punjab government, incurring a loss of at least Rs1.7 billion.

‘TI Pakistan requests the secretary to please examine the allegations. According to the Punjab Procurement Rules, 2009, P&D Department was obliged to issue Tender Documents comprising detailed specifications, evaluation criteria and other documents complying to Rule No 23. Kindly provide the tender documents to examine whether Rule No 23 was applied or not. If the allegations such as direct procurement from the company should have been made or the government opened a back-to-back LC to favour the supplier are not correct, they should be clarified. However, the P&D Department may clarify the allegations such as indirect reference that the specifications of laptops in the tender were different from what you have procured (like i3 or i5 processors were specified in tender, while the machine provided by the government runs on Pentium-D processor) and laptops distributed by the provincial government do not carry any guarantee, or the prices are 70% higher than market costs needs a detailed report.’

The letter of TI-Pakistan concludes that this is to point out that the Supreme Court of Pakistan in its judgment on RPP HRC 7734-G/0930 announced on 30 March 2012, has rescinded and declared all RPP contacts awarded in 2006 as well as in 2008 as illegal and against PPRA Rules. “Being a member of the Punjab PPRA Board, your responsibilities are more than other procuring departments, as you need to be a role model of the PPRA complaint department. TI Pakistan is striving to have the Rule of Law in Pakistan, which is the only way to eliminate corruption and have good governance in the country.”