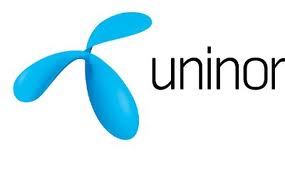 Telenor ASA, which is facing the risk of losing its permit to provide telecom services in India, sent a notice to the Indian government, claiming damages of $14 billion and threatening international arbitration if New Delhi fails to protect the Norwegian company’s investments, the Times of India reported Tuesday.

The court ordered cancellation of the licenses saying the allocation process was “arbitrary and unconstitutional.” The order will come into effect June 2.

Citing a notice that the company sent to the prime minister’s office as well as the telecom department and the corporate affairs ministry, the report said Telenor invoked a provision in India’s Comprehensive Economic Cooperation Agreement with Singapore to slap the notice and sought a resolution within six months. The company had made its Indian investment through its Singapore arm.

The license cancellation and the resultant loss of investments constitute a breach of India’s obligation under the agreement, the report cited Telenor as saying. According to the notice, it is also possible that there could be a further breach of the agreement from the manner in which the government plans to redistribute the cancelled licenses through auctions, the report said.