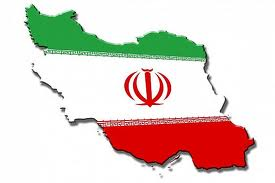 The system was part of a 98.6 million euro ($130.6 million) contract for networking equipment supplied by Shenzhen, China-based ZTE Corp to the Telecommunication Co of Iran (TCI), according to the documents. Government-controlled TCI has a near monopoly on Iran’s landline telephone services and much of Iran’s internet traffic is required to flow through its network.

The ZTE-TCI deal, signed in December 2010, illustrates how despite tightening global sanctions, Iran still manages to obtain sophisticated technology, including systems that can be used to crack down on dissidents.

Human rights groups say they have documented numerous cases in which the Iranian government tracked down and arrested critics by monitoring their telephone calls or internet activities. Iran this month set up a Supreme Council of Cyberspace, headed by President Mahmoud Ahmadinejad, who said it would protect “against internet evils,” according to Iranian state television.

Mahmoud Tadjallimehr, a former telecommunications project manager in Iran who has worked for major European and Chinese equipment makers, said the ZTE system supplied to TCI was “country-wide” and was “far more capable of monitoring citizens than I have ever seen in other equipment” sold by other companies to Iran. He said its capabilities included being able “to locate users, intercept their voice, text messaging … emails, chat conversations or web access.”

The ZTE-TCI documents also disclose a backdoor way Iran apparently obtains U.S. technology despite a longtime American ban on non-humanitarian sales to Iran – by purchasing them through a Chinese company.

ZTE has partnerships with some of the U.S. firms. In interviews, all of the companies said they had no knowledge of the TCI deal. Several – including HP, Dell, Cisco and Juniper – said in statements they were launching internal investigations after learning about the contract from Reuters.

Li Erjian, a ZTE spokesman in China, said his company only sells “standard” equipment to Iran. “Our main focus for business in Iran is to provide standard communications and network solutions for commercial use to help operators upgrade their network. “We are a small scale telecommunication equipment supplier in the Iran market. We sell standard equipment in Iran as we do globally,” he wrote in an email.

The United States, Europe and many Arab countries accuse Iran of attempting to develop nuclear weapons, which Iran denies. But Beijing, along with Moscow, has repeatedly vetoed attempts to strengthen sanctions against Tehran. China is Iran’s largest trading partner with business between the countries surpassing $45 billion last year, up $16 billion from 2010, according to Iran’s FARS news agency.

ZTE, China’s second largest telecom equipment maker, is publicly traded but its largest shareholder is a Chinese state-owned enterprise. The fast-growing firm, which says it sells equipment to more than 500 carriers in more than 160 countries, reported annual revenue of $10.6 billion in 2010.

TCI is owned by the Iranian government and a private consortium with reported ties to Iran’s elite special-forces unit, the Islamic Revolutionary Guards Corps.

In a recent interview Mahmoud Khosravi, managing director of Iran’s government-controlled Telecommunications Infrastructure Co., boasted that sanctions have had no effect on Iran’s telecom industry. “We have the latest technology in our networks,” he said. Iran’s cat-and-mouse game on sanctions:

2012-03-22
Previous Post: ICTR&D under immense criticism. MOIT Ministry to devise new strategy for internet censorship
Next Post: The government could not finalise the new schedule for the auction of 3G licences