Etisalat will stop its mobile services in India on 31 March

By: admin
In: Telecom
With: 6 Comments

UAE-based operator Etisalat said it will stop its mobile services in India on 31 March, as part of the company’s earlier decision to exit the country. Etisalat last month said it would shut dow 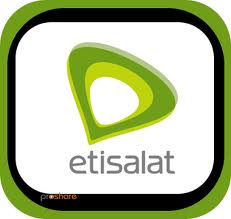 n its Indian unit Etisalat DB Telecom’s operations, after the Supreme Court ordered the scrapping of 122 licences for mobile services issued to several companies in 2008 on complaints of corruption in their allotment. The licences include the 15 held by Etisalat DB. Etisalat on 9 March asked its users to move to other operators using the number porting facility. Etisalat holds 44.73 percent of Etisalat DB Telecom, the Indian joint venture in which Majestic Infracon owns 45.73 percent. The company operates under the name Cheers Mobile. Etisalat bought the stake in the company, then called Swan Telecom, before allegations over the scam broke out but after Swan was awarded the licences in early 2008. Cheers is the second mobile operator to tell its customers to transfer to another operator as its plans to close down its network. Earlier, S Tel told its customers to port to other operators as well.