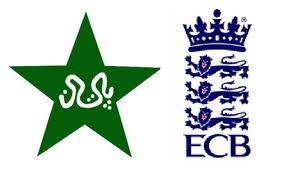 By: admin
In: Telecom
With: 3 Comments

Mobilink Jazz has partnered with the Pakistan Cricket Board to organize the upcoming Pakistan – England cricket series, which has been titled the Mobilink Jazz Cup 2011.

The Mobilink Jazz Cup 2012, being organized in the United Arab Emirates, comprises of three tests, four one day internationals, and three T20.

Jazz has always been at the forefront of promoting cricket in Pakistan, having previously contributed towards strengthening Pakistan’s domestic cricket infrastructure as well as developing cricket stars for the future through talent hunt activities in partnership with the PCB.

Team Green ended 2011 as the most successful ODI team of the year, having won 24 of its 32 matches in the year, with the highlight being their incredible run of form in the World Cup. Pakistan’s test series wins over Sri Lanka and Bangladesh also saw the team rise on the ICC Test Rankings to the fifth spot, which is the team’s best ranking since March 2009. There were a number of notable performers in 2011, with the most prominent of these being Saeed Ajmal and Mohammad Hafeez. Other highlights of the year included Shahid Afridi’s match winning performances and the astute and commendable leadership of Misbah ul Haq.

Speaking about the tournament Moied Javeed, Director Brand said, “Mobilink Jazz’s commitment to providing healthy entertainment to the people of Pakistan, whilst continuing to satisfy the nation’s passion for cricket. We would like to wish all the best to the Pakistan team.”

Mobilink has a long standing commitment to the game of cricket in Pakistan and is also the official cellular service partner for the Pakistan Cricket Board. Our support of this tournament is a continuation of our belief in the power of cricket in uniting the country.  The Mobilink Jazz Cup 2012 will commence with the start of the first test on Tuesday, January 17, 2012 to be played at Dubai International Cricket Stadium.