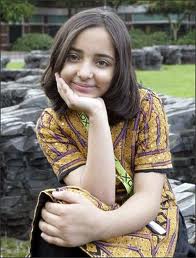 Tribute to Arfa Karim. it’s a name that needs no introduction 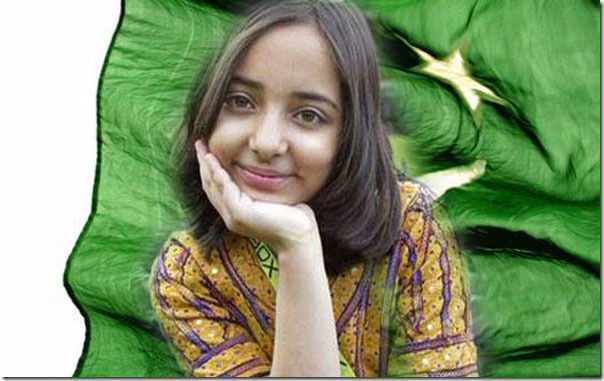 Arfa Karim; it’s a name that needs no introduction. She made the nation proud when she became the youngest ever Microsoft Certified Professional (MCP) in 2004 at the age of 9.

Born on February 22nd, 1995 in Faisalabad, she held the title of the youngest ever MCP from 2004-2008. Arfa was always an extraordinary child. Her father said that she displayed signs of a remarkable memory from a very young age.

When her father bought her a computer, mainly for email purposes, she displayed an aptitude that exceeded her years. Looking at the things she was accomplishing, her father took her to APTECH, a nearby computer institute. While giving an interview on ARcast, she described the story in her own words:

“Actually when I was six years old, I saw my first computer; whenever you see something new you want to find, what is it? How does is it work? So I used to mess around and I got to know quite a lot of things about it from the hit and trial method and in about two years I got to know how to operate windows and different software’s completely. After that, I used to make a lot of presentations for my father and my mother. My father and my mother used to watch me and say “she got some talents in computers” so then they took me to an institute near by our house and there I started to learn C sharp and then I appeared for exam of MCP.”

There, she progressed leaps and bounds and passed the ‘Microsoft Certified Application Developer’ certification in four months. Microsoft officials in Pakistan verified her programming abilities through an additional exam as well.

She was then invited to Microsoft’s Redmond campus by Bill Gates for a personal meeting and to better introduce her to the company as well as give people at the campus a chance to meet her. She visited the campus with her father while her mother and two younger brothers, 3 and 7 at the time, stayed home.

The week long tour included lab tours and informal sessions with Microsoft employees and executives. She made a good impression on Gates as well as everyone who met her and amused Bill Gates with her confidence when she asked him about the small percentage of women on the Redmond campus. “It should be balanced – an equal amount of men and an equal amount of women,” she said afterwards.

S. Somasegar, a corporate vice president at Microsoft, mentioned her in his blog, saying: “She is a 5th grader who visited us at Microsoft for a few days along with her father.  I had a lot of fun in meeting Arfa and getting a chance to understand what motivated her to strive for such an accomplishment at such a young age. She definitely has some clear ideas about the kinds of scenarios she envisions technology can enable in the future.” It was him who decided to invite Arfa to Redmond after reading about her in an internal company newsletter.

After her return to Pakistan, Arfa won numerous awards and accolades. Among the ones awarded by the government were the Fatima Jinnah Gold Medal in the field of Science and Technology, the Salam Pakistan Youth Award and the Presidents Award for Pride of Performance of which she was the youngest recipient ever. She appeared on many television shows for interviews as well. Here are a few clips of her appearing on TV:

Arfa represented Pakistan on various international forums like the IT Professionals of Dubai in which she was given various medals and awards. In 2006, she was invited by Microsoft to be a part of the keynote session in the Tech-Ed Developers conference held in Barcelona. The theme of the conference was “Get ahead of the game” and she was the only Pakistani in more than 5000 developers in that conference.

Arfa was in her second year of A levels when had a cardiac arrest after an epileptic seizure on the 22nd of December, 2011. She was admitted to the ICU in CMH, Lahore. As ProPakistani reported before, Bill Gates contacted her family and her doctors urging them to take every kind of measure. The doctors said that she had suffered brain damage which had left her in a coma but despite that she began to show some signs of improvement on 13th January 2012 but passed away the very next day.

Arfa was proud of her achievement and even put “Youngest MCP in the world” in her email signature. Her dreams were to study at Harvard, work in a company like Microsoft and return to Pakistan to revolutionize the field of satellite engineering.

It’s a pity that she died so young. Our thoughts and hearts go out to her family who must be devastated at her loss. May Allah grant her a place in heaven.