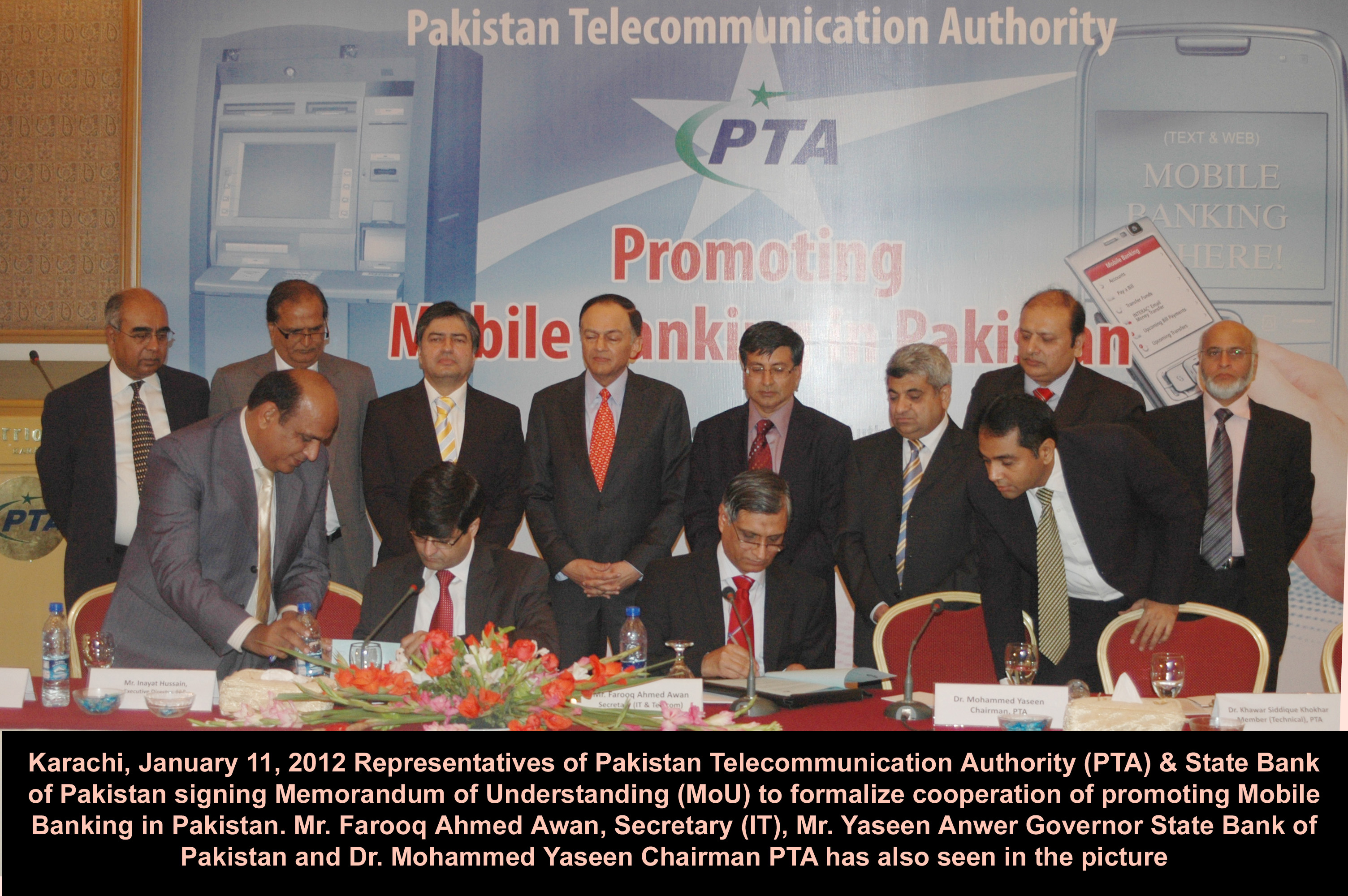 By: admin
In: Consumers
With: 93 Comments

Pakistan Telecommunication Authority (PTA) & State Bank of Pakistan have jointly signed a Memorandum of Understanding (MoU) on 11th January 2012 at Karachi, to formalize cooperation between the two institutions for a common objective of promoting Mobile Banking in Pakistan. With this MoU, both the regulators (PTA and SBP) have shown their interest and commitment in stimulating mobile banking services in the country. The MoU was signed at a local hotel in Karachi after a meeting of all stakeholders involved in Mobile Banking followed by a signing ceremony. Mr. Farooq Ahmed Awan, Secretary (IT),, Mr. Yaseen Anwer Governor State Bank of Pakistan and Dr. Muhammad Yaseen Chairman PTA witnessed the ceremony. Senior management of the commercial banks, cellular Mobile operators as well as seniors officers from PTA and SBP also attended the ceremony.

As agreed with SBP, PTA will issue Class Value Added Services licenses to third party services Providers who will act as facilitator and mediator between telcos and financial institutions for smooth transactions, data verification and mobile banking applications. This arrangement will be made in accordance with Third Party Service Provider Regulations to be issued by PTA as well as guidelines by SBP. Third Party licenses will be beneficial for the FI’s and Mobile operators as it will avoid cost duplication as well as reduce the cost of provision of mobile banking services. Through Third Party Service Providers (TPSP), Mobile Consumer of any network would be able to receive and transfer money all across the country. Particularly, the lower strata of the country would be able to remit their finances back home easily. After implementation of proposed arrangement, the consumers will have the most attractive benefit of keeping bank account in their pocket with advantages like low cost and fast transfers etc.