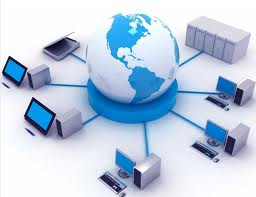 Worldwide IT spending is forecast to total $3.8 trillion in 2012

Worldwide IT spending is forecast to total $3.8 trillion in 2012, a 3.7 percent increase from 2011, according to the latest outlook by IT research firm Gartner. In 2011, worldwide IT spending totaled $3.7 trillion, up 6.9 percent from 2010 levels. The company revised downward its outlook for 2012 global IT spending from its previous forecast of 4.6 percent growth. All four major technology sectors–computing hardware, enterprise software, IT services and telecommunications equipment and services–are expected to experience slower spending growth in 2012 than previously forecast.

“Faltering global economic growth, the eurozone crisis and the impact of Thailand’s floods on hard-disk drive (HDD) production have all taken their toll on the outlook for IT spending,” said Richard Gordon, research vice president at Gartner. The Thailand floods that left one-third of the country under water are having serious implications for businesses worldwide, particularly with computer and storage purchases, he explained.

“Thailand has been a major hub for hard-drive manufacturing, both for finished goods and components,” Gordon said. “We estimate the supply of hard drives will be reduced by as much as 25 percent (and possibly more) during the next six to nine months. Rebuilding the destroyed manufacturing facilities will also take time and the effects of this will continue to ripple throughout 2012 and very likely into 2013.”

The report noted although large PC OEMs will see fewer problems than others in the industry, no company will be wholly immune to the effects on the HDD supply chain. Gartner also reduced its shipment forecast for PCs, which has impacted the short-term outlook for the hardware sector. The impact of HDD supply constraints on HDD and PC shipments in the first half of the year compound the cautious environment for hardware spending in general, Gartner analysts noted.

Telecom equipment spending is projected to show the strongest growth, with revenue increasing 6.9 percent in 2012, followed by the enterprise software market, which will grow 6.4 percent. “With the eurozone crisis causing uncertainty for both businesses and consumers in Western Europe we have adjusted our forecast, and we expect IT spending in Western Europe to decline 0.7 percent in 2012,” Gordon said.