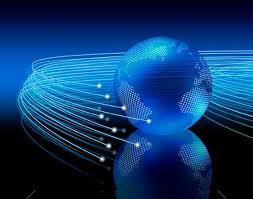 The move follows widespread complaints that China’s broadband services are too expensive and too slow.

By 2015, China’s average broadband bandwidth will hit 20 megabytes per second (Mbps) in urban areas, almost five times the current level. In rural areas, the bandwidth will reach 4 Mbps, the Ministry of Industry and Information Technology said.

“China’s broadband bandwidth is relatively behind the level of many countries, and with an unreasonably high price. We aim to invest heavily to improve it by 2015,” Miao Yu, the industry and information technology minister, said yesterday.

At present, China’s broadband bandwidth is ranked No. 71 in the world.

The average bandwidth in the United States is now 20 to 25 Mbps, five times that of China.

On cost, 1 Mbps of bandwidth on China’s mainland costs an average of US$13.13 at present – four times the US level and more than 400 times that of Hong Kong, according to a report released by the Beijing-based Data Center of China Internet last week.

China’s broadband costs will drop by 2015, the ministry said yesterday, but it did not provide details.

However, it said that China’s telecommunications revenue would grow 6 percent in 2012 year-on-year, slowing from 2011’s expected rate of 9.4 percent. In 2011, telecommunications service fees dropped by 5.5 percent, the ministry said.

The latest announcement followed complaints from consumers that had triggered a government anti-monopoly investigation.

In November, the National Development and Reform Commission began a probe into China Telecom and China Unicom after suspicions that they were prevent others entering the market and were keeping the price of broadband services artificially high.

By the end of November, China had 155 million family broadband users and 119 million 3G phone users, the ministry said.

The ministry will also push other developments including Three Network Convergence services, which refers to the convergence of mobile, Internet and TV networks, Miao said.