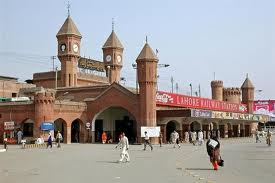 The PTCL is demanding clearance of pending bills of over Rs 1 million from PAK. Railway

LAHORE – After disconnections of electricity and gas facilities to several railway stations and residential colonies due to non-payment of outstanding dues, the Pakistan Telecommunication Corporation Limited (PTCL) on Thursday followed suit and suspended the outgoing call facility to Pakistan Railways (PR) Headquarters and the Lahore Division offices.
The PTCL is demanding clearance of pending bills of over Rs 1 million.
After the suspension of calling facility, the PR head office and all Lahore Division offices have lost contact with the rest of the country. The outgoing call facility has also been withdrawn from the telephone lines used by the PR general manager (operations).
When contacted, PR Public Relations Director Abdul Hameed Razi said the outstanding bills would be cleared by the next week. However, he added that the suspension of the outgoing call facility had not affected train operations, as the PR had its own system for rail operation communication based on hotline and waves. He hoped that the calling facility would soon be restored at PR offices. Other PR officers also appeared relaxed even after the PTCL action. According to one officer, it had become a routine matter as outstanding dues would be cleared as was the case with electricity disconnection.

2011-12-25
Previous Post: Pentagon gets the go-ahead for offensive cyberwars
Next Post: INDIA. Telecoms ministry not to take any coercive action over an order to ban 3G roaming