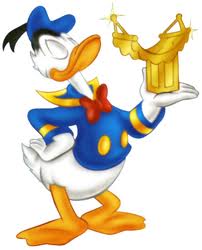 Pakistan Telecommunications Authority (PTA)  and Ericsson announced Ericsson-PTA Mobile Excellence Award 2011 winners at a ceremony held today at Ericsson Pakistan Headquarter in Islamabad. The award has been conferred to the winning team for their exemplary efforts in developing a mobile application “Poor mans’ Reader” to facilitate literacy in the country. The ceremony was graced by Dr. Mohammed Yaseen, Chairman of PTA and senior management of Ericsson Pakistan.

Mr. Muhammad Bilal Zafar and Mr. Muhammad Ahmad Bashir Senior year Undergraduate Students from Lahore University of Management Sciences (LUMS), Department of Computer Science, School of Science and Engineering were awarded a cash prize of 100,000 PKR for their ability to demonstrate an innovative mobile application benefiting and empowering people and the society in the education category.

While speaking on the occasion, Dr. Mohammed Yaseen, Chairman PTA, applauded Ericsson’s initiatives and commitment to the Telecom Industry of Pakistan “We are proud to witness and recognize the work of our university students in the mobile development world and our partnership with Ericsson facilitates us in the escalation of ICT industry in Pakistan. We look forward to carrying out significant projects, such as the Ericsson- PTA Mobile Excellence Award 2011, in the future as well, to bridge the gap between industry, academia and the regulator”.