By: admin
In: Telecom
With: 98 Comments

On Tuesday, PTA spokesman Mohammad Younis Khan told that the authority would consult civil society representatives and mobile phone operators on refining a much shorter list of words, giving no timeframe for any eventual ban.

“At the moment we are not blocking or filtering any word,” Khan said. “No final decision has been taken in this regard,” he added.

A PTA committee with representatives of civil society and mobile phone operators will decide on a “final list of objectionable words” which Khan conceded could be only around “a dozen”.

“We have no plan to block any word until and unless it is approved by that committee and it will take time to reach that decision,” he added. 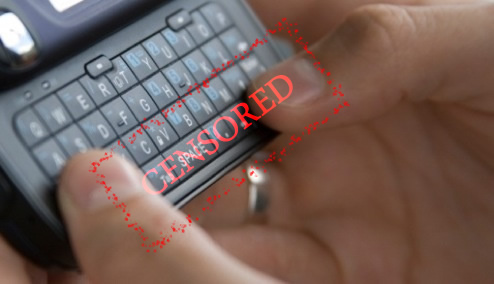 Media also reported that the list, including words “quickie” to “fairy” to “Jesus Christ”, was distributed on November 14 with operators given seven days to comply, but has met with widespread derision and a threat of legal action.

Although PTA has previously blocked websites deemed pornographic or offensive to Islam, it is the first time the country has sought to censor text messages.

The PTA denied that Monday marked any formal deadline on the ban as message containing the words were still transmitted. “There were two weekly holidays on 19& 20 November (weekend) and there are still two days left to complete this seven-day period.” Mohammad Younis Khan told to the media.

He acknowledged the “reservations” of telecom companies and said the PTA was “ready to sort that out through mutual discussions.”

The letter accompanying the list of banned words said the move was legal under the Pakistan Telecommunication Act of 1996 that prohibits people from transmitting messaged that are “false, fabricated, indecent or obscen.”

But campaign group Bytes for all has said it will challenge the order in court, saying “a new, ruthless wave of moral policing” violated rights to free speech and privacy, and made a mockery of the entire country. Pakistan blocked Facebook for nearly two weeks in May 2010 in a storm of controversy about a competition to draw the Prophet Muhammad (PBUH) and has restricted access to hundreds of websites because of blasphemy.

The country briefly banned Youtube in February 2008 during a similar outcry against cartoons of the Prophet Muhammad (PBUH).

FBR has started registration of brand names which is mandatory for manufacturers to sell their products.

ISLAMABAD ( Web News ) The Federal Board of Revenue (FBR) has started registration of brand names, which is mandatory for manufacturers to sell their products. The FBR on Tuesday issued Sales Tax General Order (STGO) No. 07 of 2021 for licensing of brand name under Section 40E of Sales Tax Act, 1990 for specified sectors.

END_OF_DOCUMENT_TOKEN_TO_BE_REPLACED

ISLAMABAD ( Web News ) COMSTECH webinar on “In search of improving outcomes across the continuum of ovarian cancer” delivered online by Dr. Ikram Burney, Senior Consultant in Medical Oncology at the Sultan Qaboos University Hospital, Muscat, Oman, and a Visiting Faculty at the Panjwani Center for Molecular Medicine and