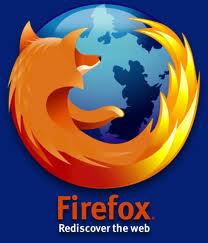 By: admin
In: Telecom
With: 110 Comments 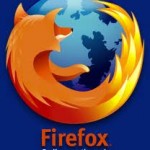 Ahead of its official launch tomorrow, the latest iteration of everyone’s favorite furry is now available to download from Mozilla’s central FTP server. As with the other rapidly-released iterations, Firefox 8 is mostly just a faster, cleaner version of the previous version — except for a couple of cool features: third-party apps (like AVG or Skype) can no longer install add-ons without your consent, and you can now toggle your saved tabs to load on demand.
The first change really is a no-brainer: Why should any add-on install itself without your permission? It would be OK if such add-ons were light-weight and well-programmed, but they are usually bloatware toolbars that are bundled with application installers. Basically, Mozilla has known for a long time that add-on performance directly affects the user’s perception of Firefox — in other words, it might be an add-on that makes Firefox slow, but the user sees that as Firefox’s fault. By disabling stealthy, third-party installation of add-ons, Mozilla simply hopes to improve its very sticky reputation of being Chrome’sslower cousin. Furthermore, when you first install Firefox 8, you’ll be prompted to enable any third-party add-ons that have been running without your consent for months, or maybe even years (pictured below).

The second “big” change is all about power users. If you regularly have 10 or 20 or 30 tabs open, you might have experienced the crunch that occurs when you open the browser for the first time. Now, from Settings, you can enable “Don’t load tabs until selected” (pictured below) — this means that the content of each tab isn’t rendered and loaded into memory at first-run. This improves startup time and browser responsiveness within the first few seconds — again, Mozilla is trying hard to make Firefox appear fast, and none to soon.

Finally, there’s the usual kitchen sink of small changes and bug fixes. Twitter is now available from the top-right search box, there’s a little more HTML5 support, tab rearrangement animations have changed slightly, the whole thing is a bit faster and more stable, WebGL is a little more secure, and more.
If you’re a conscientious soul, please wait a few more hours and wait for the official Firefox 8 release. At the moment it’s only available from the nightly FTP server (Windows / Mac / Linux), which is currently being linked to by dozens of thoughtless tech blogs. Alternatively, just wait for Firefox 7 to prompt you that an update is available.’
http://www.extremetech.com/computing/103901-firefox-8-released-finally-fixes-frivolous-add-ons-and-tubby-tabs
2011-11-09
Previous Post: Universal Service Fund (USF) awarded a contract worth Rs. 59 Million to setup telemedicine networks
Next Post: PTCL trains senior managers in new management concepts