“Total telecom investments will reach $2.4 billion and revenues will cross Rs620 billion by 2020,”

By: admin
In: Telecom
With: 130 Comments

ISLAMABAD: The number of broadband users will reach 19.5 million in the country by 2020 and there will be 161 million mobile users, Chairman Pakistan Telecommunication Authority (PTA) Mohammad Yaseen said on Thursday.

The number of fixed line subscribers would remain near 5 million, he said.

“Total telecom investments will reach $2.4 billion and revenues will cross Rs620 billion by 2020,” he said at a seminar held on Thursday. 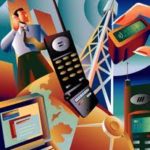 The representatives of cellular companies asked PTA at the seminar to move ahead with the auction of licences for third generation (3G) technology. They said competition in this regard should be among existing players. “We have invested billions of dollars for developing the required infrastructure so the investment of existing players should be protected instead of raising slogans of open competition,” an official of a cellular company who attended the seminar told The News.

Teletimes International organised the seminar on “What’s Ahead in Telecommunication for Pakistan” in collaboration with PTA.

PTA said in a statement after the seminar that the primary theme of the event was to deliberate on future services and technologies, along with associated challenges and strategies.

IT and telecom industry experts, CEOs of telecom companies and teachers also attended the seminar.

Yaseen said that Pakistan has emerged as one of the leading markets in telecommunications. “But it is imperative that we keep on moving forward for further development of the sector. Our potential for broadband success is driven by a number of factors. PTA as a regulator has an imperative role in ensuring continuous augmentation of broadband in Pakistan. Regulatory actions and strategies regarding broadband are supposed to reflect on the driving forces in the form of expanding access, enhancing citizens’ digital skills, promoting local content and increasing value addition inside the network.”

The chairman further said that the frequency harmonisation is extremely important to achieve benefits of rapid development in wireless technologies.

In order to promote wireless broadband dissemination in rural areas, the PTA would plan ahead to devise national spectrum re-farming strategy, he said.

In his closing remarks, the chairman PTA appreciated the efforts of organizers and invited stakeholders to deliberate on the future of digital society in the country.

2011-09-16
Previous Post: PTCL brings fiber to the home service for its customers
Next Post: Coming to a WordCamp Near You