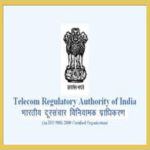 NEW DELHI: The Supreme Court has held that telecom operators will have to pay service tax on the sale of SIM cards as these transactions entail their processing and activation for providing cellphone services.

Upholding the judgement of the Kerala high court, a bench of justices Mukundakam Sharma and A R Dave said the sale of SIM cards was part of the activation and processing fee, on which the telecom firms pay service tax.

“The position in law is clear that the amount received by the cellular telephone company from its subscribers towards SIM card will form part of the taxable value for levy of service tax,” said the bench.

It observed that payments made by subscribers to procure SIM cards are generally processing charges for activating cellphone services and consequently it would necessarily be included in the value of the SIM Card.

“Thus, it is established from the records and facts of this case that the value of SIM cards forms part of the activation charges, as no activation is possible without a valid functioning of SIM card and the value of the taxable service is calculated on the gross total amount received by the operator from the subscribers,” the bench said.

The apex court’s direction came over a petition of Idea Cellular, which had challenged directions of the Excise department to pay service tax on the sale of SIM cards.

“We find no infirmity with the findings and reasoning in the judgement and order passed by the high court and therefore the appeal has no merit and the same is dismissed,” said the bench while dismissing the petition of Idea Cellular.

The Idea Cellular was selling subscriber identification module (SIM) cards and was paying sales tax to the Kerala government on that.

The state’s department of Sales Tax was charging sales tax under Kerala General Sales Tax Act, 1963 on the grounds that activation is nothing but a value addition and thus comes under their domain.

However, it was objected to by the department of central excise, Eranakulum (Service Tax Department), observing that a mere SIM card without activation is of no use and imposed service tax along with penalty on Idea Cellular.

The excise department contended that SIM Card has no intrinsic sale value and it is supplied to customers to provide telephone service. It also said that selling of the SIM card and its process of activation are “services” provided by the mobile cellular telephone companies to the subscriber.

This was challenged by the company before the Customs Excise and Service Tax Appellate Tribunal in 2003, which on its order dated May 20, 2006 held that service tax can not be levied on sale of Sim cards.

Following it, the Central Excise, Eranakulum moved the High Court, which on September 4, 2008 allowed their plea and upheld their stand on SIM cards.