Move to use Rs45 bn of telecom companies for BISP

By: admin
In: Telecom
With: 88 Comments 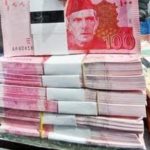 ISLAMABAD(PAKISTAN) A wave of apprehensions has taken over the telecom sector amid reports that Telecom Act 1996 was being amended, raising doubts that funds of telecom sector organisations will be spent for Benazir Income Support Programme (BISP).

The Finance Ministry has decided to transfer funds of telecom companies amounting to over Rs45 billion to the accounts of the federal government.

Sources disclosed the Finance Ministry has informed the Ministry of Information Technology and Telecom that it was going to amend Article 33 E(1)(A) of the Telecom (Reorganization) Act 1996, which reads: “Universal Services Fund and Research and Development Fund accounts shall be deposited in the Public Accounts of the Federation which will be operated in accordance with the procedure prescribed for the federal government”.

The Ministry of Information Technology and Telecom has started consultations with the relevant quarters for the amendment.

The Universal Services Funds (USF) and Research and Development (R&D) Fund operate in the shape of two companies under the Ministry of Information Technology and Telecom. All revenue accrued from mobile phones and other telecom organizations go to these companies that are administered jointly by directors of the companies and government officials.

Any expenditure or investment from funds accumulated in the USF and R&D Funds is sanctioned by a high-powered three-member committee, which comprises of federal secretaries of finance and two other ministries. The funds of USF are used for provision of telephone and Internet services to the backward and under developed areas of the country whereas scholarships are being given to more than 10,000 students.

Moreover research is being made in the field of information technology. Accounts of both the organizations are subject to internal and external arrangements. Attempts were made to take hold of these funds when Sardar Latif Khosa was an adviser to the prime minister. However that could not materialise in the presence of rules and regulations. After that efforts were made to change the board of directors and get a CEO of choice appointed. However, the telecom sector had opposed the move tooth and nail, and the matter was taken to a court of law. Sardar Latif Khosa had to lose his powers as well as job.

There are strong reservations about the reported move to amend the Telecom Act. The move to transfer funds of telecom companies to the federal government would deprive telecom sector of the funds so vital for their development and other programmes. It is said that telecom sector gives billions of rupees to the government in the shape of taxes and excise duties; therefore, it would be out of question to give these companies under the control of federal government.

Telecom sector is of the opinion that these funds are generated by them and are voluntarily given to government. They threatened that if the proposed amendment is not withdrawn, the move would be strongly resisted on every front.

Responsible officials of the Ministry of Information Technology and Telecom confided that discussion is being held with companies and telecom organizations and a suitable reply to the Ministry of Finance would be sent after that.