By: admin
In: Telecom
With: 104 Comments 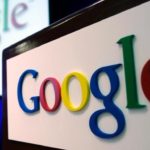 GOOGLE’S new social network has gained 10 million new users in only two weeks — the first sign that the company is finally mounting a credible challenge to Facebook.

The popularity of the new system, called Google+, follows a positive reception by analysts and commentators.

It will also come as a relief to Google, which has seen its previous efforts at social networking fail.

Google+ allows users to do many of the same things as Facebook, such as share photos, links and status updates. But it has some interesting features, such as the ability to create “circles”, or groups of friends, and talk to up to 10 people at a time with a video chat.

Google+ is available only to those who have been invited to join by other users; the invitations have become much-prized.

Yesterday, Paul Allen, the entrepreneur and founder of Ancestry.com, said that at the present rate of growth “(it) could reach 20 million users by this coming weekend”.

Bill Gross, another Silicon Valley investor, predicted that Google+ would go “from zero to 100,000,000 users faster than any service in history.”

However, many analysts argue that Google still has a long way to go before it matches the popularity of Facebook, which announced last week that it had 750 million users worldwide.

Facebook is looking to secure its enormous user base by enabling video chats through a partnership with Skype, the internet communications company that was acquired by Microsoft recently for dollars $US8.5 billion ($8bn).

Experts noted that Facebook’s new feature was similar to “Hangouts”, a video-chat system within Google+.

When Mark Zuckerberg was asked about his thoughts on Google+, the Facebook founder said: “I view a lot of this as validation as to how the next five years are going to play out.”

Larry Page, who returned to Google as chief executive in April, is thought to have made the company’s “social strategy” a new priority, with employee bonuses dependent on its success.