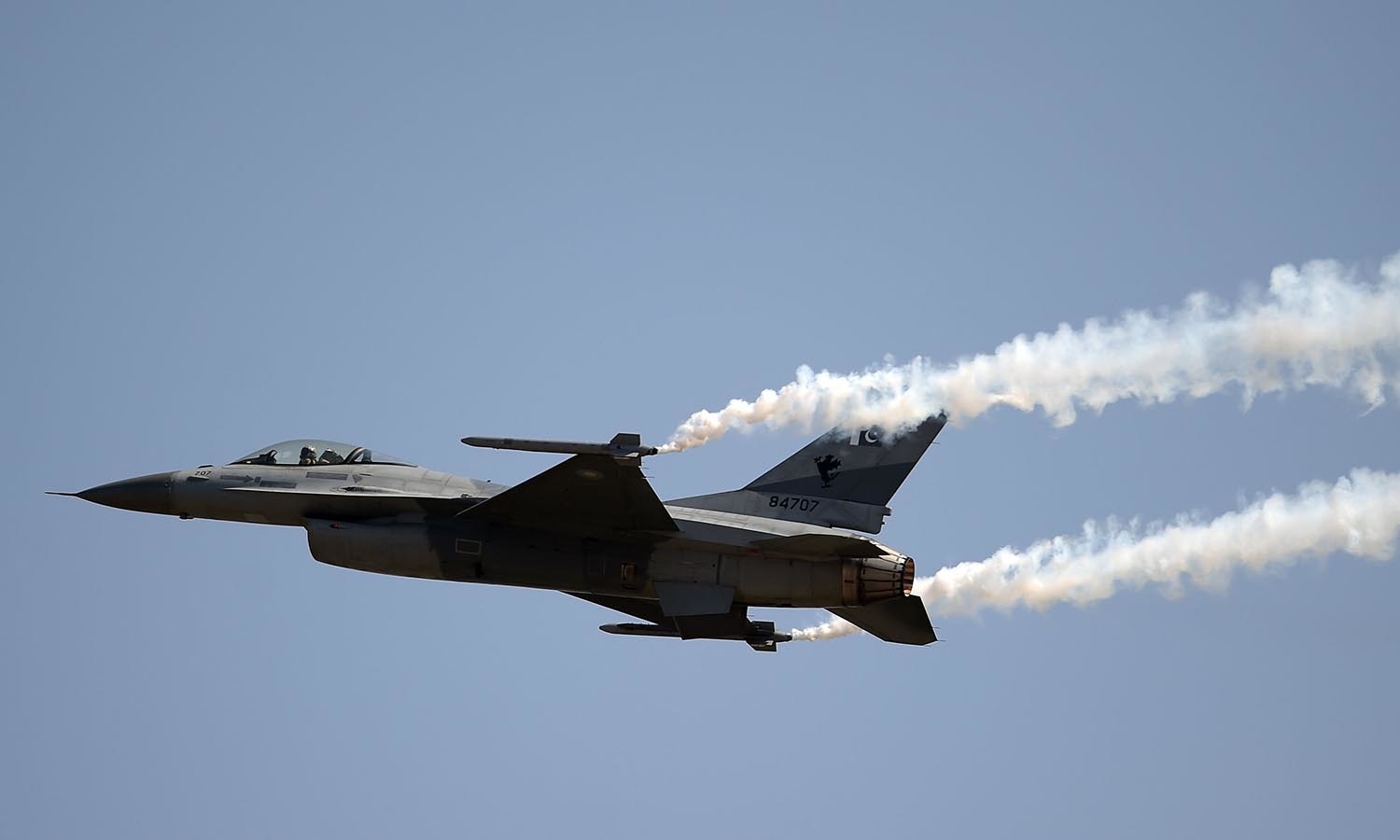 A Pakistani F-16 fighter jet flies past during a Pakistan Day military parade in Islamabad on March 23, 2017.

Pakistan National Day commemorates the passing of the Lahore Resolution, when a separate nation for the Muslims of The British Indian Empire was demanded on March 23, 1940. / AFP PHOTO / AAMIR QURESHI END_OF_DOCUMENT_TOKEN_TO_BE_REPLACED