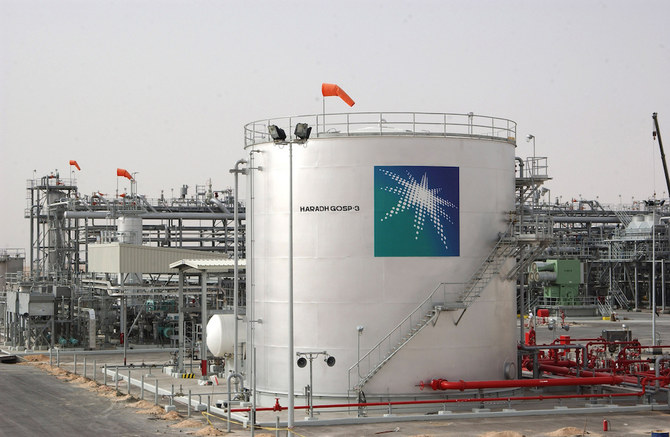 (FILES) This file photo taken on March 22, 2006 shows a general view of oil tanks at a plant in Haradh, about 280 kilometres (170 miles) southwest of the eastern Saudi oil city of Dhahran, following its inauguration launching a project adding 300,000 barrels of oil to the kingdom’s daily production capacity. Two pumping stations on a major Saudi oil pipeline were attacked by drones on May 14, 2019, halting the flow of crude along it, Saudi Energy Minister Khalid al-Falih said. He said the attacks on the pipeline from the oil-rich Eastern Province to the Red Sea took place early in the day. Yemen’s Huthi rebels said that they had targeted several vital Saudi targets with drones. / AFP / – END_OF_DOCUMENT_TOKEN_TO_BE_REPLACED