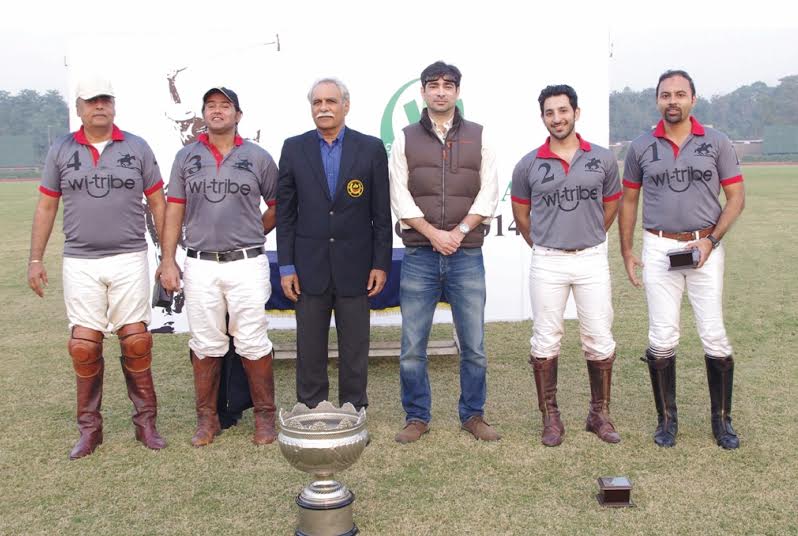 Witribe Shahsawars, the star-studded polo team of Witribe Pakistan won the Grace Kingland Polo Cup held at the Lahore Polo Club recently. Being at the forefront of promoting the exhilarating sport, the Shahsawars played a fast-paced match to beat Remington Pharma by 7/half goals.

In the pool match played earlier, the Witribe polo team defeated Fantastic 4 by an impressive tally of 8/half goals against 5; and in the semi-final which was witnessed by a large turnout of polo enthusiasts, the Witribe Shahsawars beat Rajis by 6/half goals to 3.

Witribe Pakistan has made numerous contributions towards the recognition of talented polo players and supporting polo events, besides sponsoring cricket tournaments and other healthy entertainment outings for its customers and the public.

The Grace Kingland Polo Cup is a 6-goals tournament played amongst some of the best teams of Lahore. Earlier this year, the Witribe Shahsawars polo team had also won the Hush Puppies Polo Cup 2014 played in Rawalpindi, beating the HBP PLC Royal Residencia team in a thrilling final match, with a score of 6 against 5.5 goals.